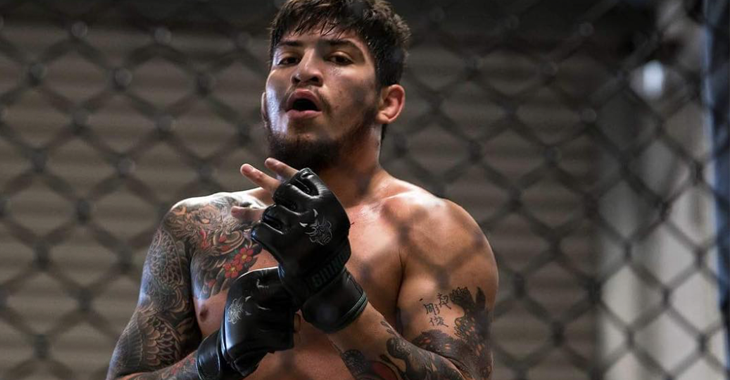 Since being brought into Conor McGregor’s training camp as a JiuJitsu coach and partner, Dillon Danis’ stock has continued to rise in not only the JiuJitsu world, but also in the MMA world, despite the fact that Danis has never competed in an MMA bout.

The BJJ champion has continued to make headlines for his brash statements, as well as his repeated calling out of well known fighters such as Amir Khan. It’s those same antics that led to Danis’ black belt, Marcelo Garcia, suspending his student from the gym. Now, in a very open and candid interview on The MMA Hour, Dillon Danis spoke freely about the situation with his longtime black belt:

“It was more of a suspension, but at this time, I don’t feel like I’m going back,” Danis told Ariel Helwani. “It wasn’t one thing, this just happened. Since I’ve been with Marcelo, we’ve had a couple of rifts. I love Marcelo to death, and I won’t say anything bad about him, I still love him, he was like my dad.”

“It’s understandable, but at the end of the day, if everybody acts the same, no one’s ever going to be different,” Danis continued. “And he makes the guys kind of be like that where they’re all like yes men.” Despite the fact that Danis is a rather controversial figure in the media, he says he’s an extremely nice person, who refuses to be “fake”: