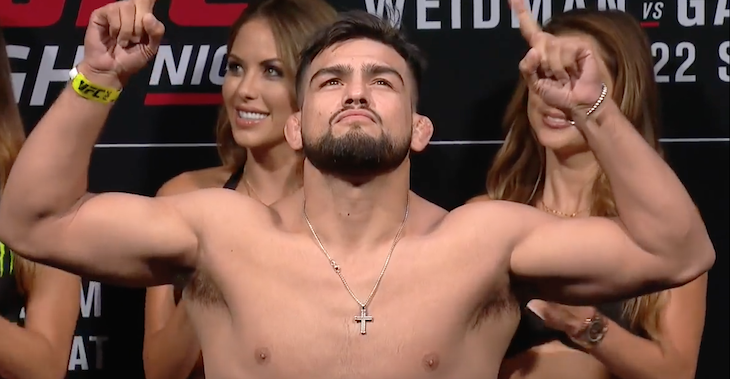 The 25-year-old, Gastelum, did have his moments in the fight including a first-round knockdown of the “All American” after he caught Weidman with a beautiful left hand.

I know Chris Weidman just won, but @allelbows may have captured one of the craziest punchfaces I’ve ever seen. pic.twitter.com/oxEa7FuPNW

Unfortunately for fans of Gastelum, the horn sounded to end round one before Kelvin could deliver enough ground and pound to put Chris Weidman away.

Gastelum spoke about the knockdown at the UFC on FOX 25 post-fight press conference and detailed how much more time he would have needed in order to secure the finish.

“At least 30 seconds. I wanted 30 more seconds, and I could’ve finished the fight!”

Gastelum would go on to say that he hopes to return to the UFC’s welterweight (170 pound) division in his next contest.

Who would you like to see Gastelum fight next if the UFC grants him his wish and allows Kelvin to return to welterweight? Sound off PENN Nation!