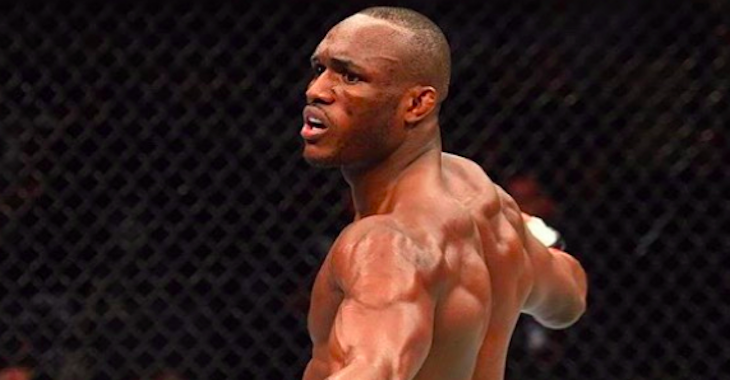 11th-ranked UFC welterweight contender Kamaru Usman has been looking for a fight, and from the sounds of it, he’s found one.

On Wednesday afternoon, the grappling specialist announced on Twitter that his fans want to see him fight Neil Magny, and that he intends on heeding their calls. In his Tweet, he suggested UFC 218 on December 2 and UFC 219 on December 30 as possible dates for this potential scrap.

The fans have spoken & I intend on listening @NeilMagny U choose D date #Dec2nd or #Dec30th I know you won’t run and hide like @RdosAnjosMMA pic.twitter.com/HvbIEQSh2q

Magny was quick to respond, assuring that he was happy to “give the people what they want.”

Give the people what they want

When we last saw Usman in the Octagon, he thumped Sergio Moraes to a beautiful first-round knockout. With this win, Usman elevated his overall record to 11-1, and his UFC record to a flawless 6-0. Since joining the UFC gold in July of 2015, he has authored dominant wins over Hayder Hassan, Leon Edwards, Alexander Yakovlev, Warlley Alves, Sean Strickland, and most recently, Moraes. Given this streak, he is undeniably ready for a top-10 foe. Magny would be just that.

Who do you think wins a fight between Neil Magny and Kamaru Usman? Make your predictions in the comments section.