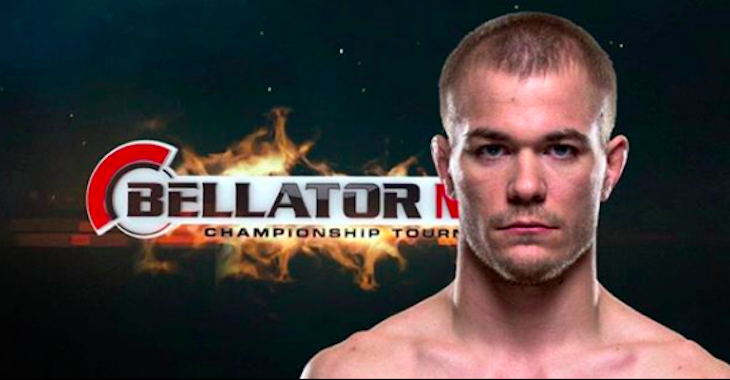 Over the last few years, Bellator MMA has signed a procession of high-profile free agents. One of the finest free agents they’ve picked up to date is Michael McDonald, a former UFC bantamweight who once fought Renan Barao for the interim bantamweight crown.

McDonald’s Bellator debut is now set, per MMAJunkie.com. He’ll make that debut when Bellator takes over the Metro Radio Arena in Newcastle, England on December 15. His opponent has not yet been made official, but should be announced soon.

McDonald will enter the Bellator cage with 17-4 overall record. In his last fight, which occurred July of 2016, he was knocked out by elite bantamweight contender John Lineker. His next most recent fight was an impressive win over Masanori Kanehara. This win was preceded by a submission loss to Urijah Faber, a submission win over Brad Pickett, a submission loss to Renan Barao, and a thunderous knockout of Miguel Torres. This hot-and-cold stretch was preceded by a 15-1 start as a pro.

Recent losses aside, McDonald immediately stands out as one of Bellator’s top bantamweights. He is likely just a win or two shy of a shot at the title. That title is currently held by Eduardo “Dudu” Dantas, though that could change at Bellator 184 on October 6, when he battles red-hot contender Darrion Caldwell. Other current stars of the Bellator bantamweight division include Joe Warren, Marcos Galvao, Joe Taimanglo, Leandro Higo and LC Davis, any number of whom could serve as the opponent for Michael McDonald’s debut.

Who do you want to see Michael McDonald fight in his Bellator MMA debut this December? Join the conversation in the comments section!