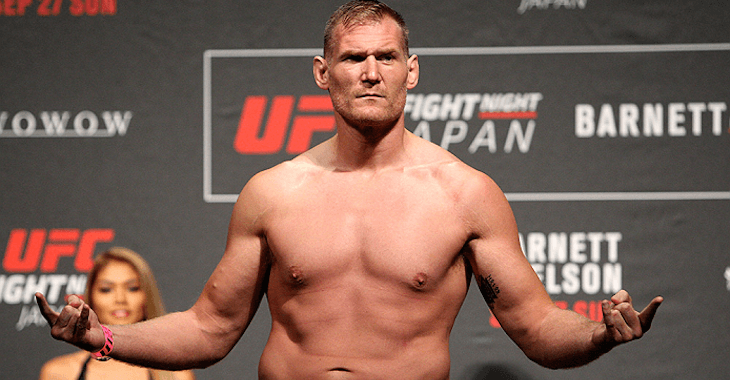 Andrei Arlovski will be looking to snap a two-fight losing skid when he meets Barnett in Germany. “The Pit Bull” is coming off back-to-back TKO losses which he suffered to current champ Stipe Miocic and number one contender Alistair Overeem. Prior to the setbacks, Arlovski had put together an impressive six-fight win streak, which included three knockout victories.

Meanwhile, Josh Barnett has gone 2-2 over his last four fights. “The Warmaster” most recently saw action in January, where he suffered a submission loss to Ben Rothwell. Prior to the loss, Barnett was coming off a decision victory over heavyweight slugger Roy Nelson.

Who do you think will emerge victorious in this clash of veteran heavyweights? Sound off PENN Nation!