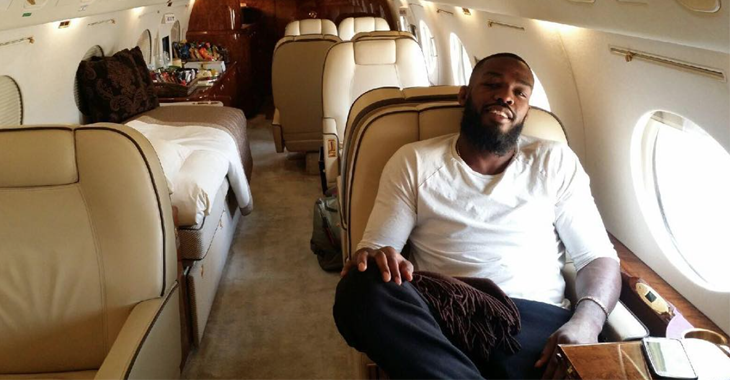 Floyd Mayweather has made it known that he is interested in working with MMA fighters and has mentioned Jon Jones’ name on a few occasions.

While Mayweather and UFC featherweight champion Conor McGregor have been feeding the hype of a potential mega fight between the two stars, it looks like Mayweather may also be working in his business relationship with Jon Jones.

Jones posted a photo of a screenshot of a FaceTime conversation he had with Mayweather recently. Jones said in the caption of his post, Great conversation with #TBE @floydmayweather tonight. #MakingHistory #Champion2016 #TMT”

Mayweather spoke about Jones in a recent interview and said that his team could help Jones out with his career.

“Jon Jones is with the MMA but you know, we still gotta communicate and put some things together, me and him. We’d love Jon Jones to be a part of TMT. We steady growing. And it’s not just about us making money it’s about the talent winning and that’s what we believe and that’s why so many promoters hate us and dislike us, because we believe in the talent winning when it’s all said and done.”