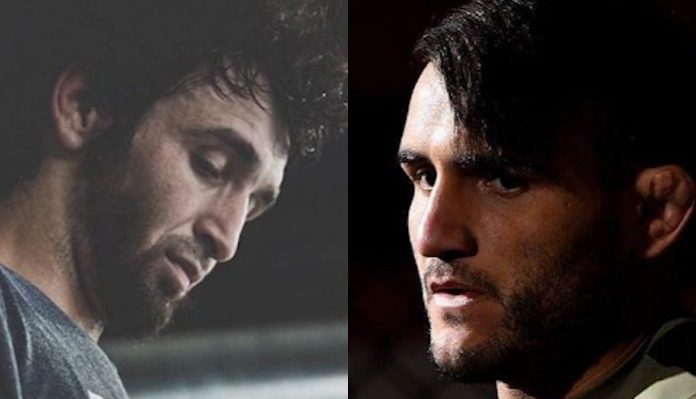 Yesterday afternoon, the MMA community was rocked by the unfortunate news that Yair Rodriguez had been forced out of his anticipated UFC 228 featherweight showdown with rising Russian star Zabit Magomedsharipov.

From there, the UFC began a frantic search to find a replacement opponent for Magomedsharipov on short notice. As always, several fighters spoke up and offered to step in. None, however, could rival the cojones of Brazil’s John Lineker.

Lineker, of course, is a former flyweight, and current UFC bantamweight. At 5 ft. 3. he would be absolutely dwarfed by the 6 ft. 1 featherweight Zabit Magomedsharipov. All the same, the Brazilian said it’s a fight he wants — especially given that he can’t find a willing dance partner in his native bantamweight division.

“ Hey Zabit! Since Yair is out, and no one wants me in my div. Ill fight you man!!!@zabit_mma @danawhite @seanshelby @ufc

“Hey Zabit! Since Yair is out, and no one wants me in my div. Ill fight you man!” a fired up John Lineker said on Twitter.

Interestingly, Zabit Magomedsharipov seemed all for this fight with the stone-fisted John Lineker. Unfortunately, he says UFC matchmaker Sean Shelby shut it down on the basis of the massive physical disparities between them.

I’m in! Let’s do it! Call mr. Sean Shelby but we called him. He said you’re too small. But I will fight you. Much respect for stepping up. https://t.co/n46k8gMN9r

“I’m in! Let’s do it! Call Mr. Sean Shelby but we called him. He said you’re too small,” Magomedsharipov explained. “But I will fight you. Much respect for stepping up.”

smaller but I am game!!

“Smaller but I am game,” Lineker replied, before Retweeting a gif that assured he can deal with larger foes.

And who cares about size difference. Lineker can handle gangly mfs, don't worry about that pic.twitter.com/65DSyRB46p

With this bout ostensibly off the table, it’s hard to say who will get the call to fight Zabit Magomedsharipov on short notice. Whatever the case, Magomedsharipov implied that he’s gotten plenty of offers from gutsy fighters looking for an opportunity.

I can’t respond to everyone who calls me out. The ufc will pick one of you.. let’s go!!

Who do you want to see Zabit Magomedsharipov fight at UFC 228? Would a fight with John Lineker interest you?