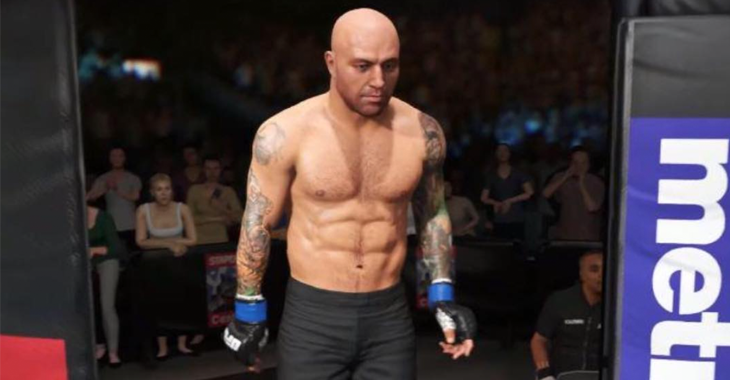 Joe Rogan is as well known in the UFC as the most famous fighters that step into the Octagon.

As a well-versed martial artist himself, Rogan’s personality and knowledge of the fight game go hand in hand with his job as a color commentator for the UFC.

It has been revealed that Rogan has his own secret character that can be selected in the new EA Sports UFC video game that has come out recently. The UFC commentator took to Instagram to leak the code on how you unlock his character to be selected and fight as Joe Rogan himself in the game.

This is how you unlock me in the @UFC video game.

How do Rogan’s ratings stack up against the rest of the fighters in the EA Sports UFC video game?