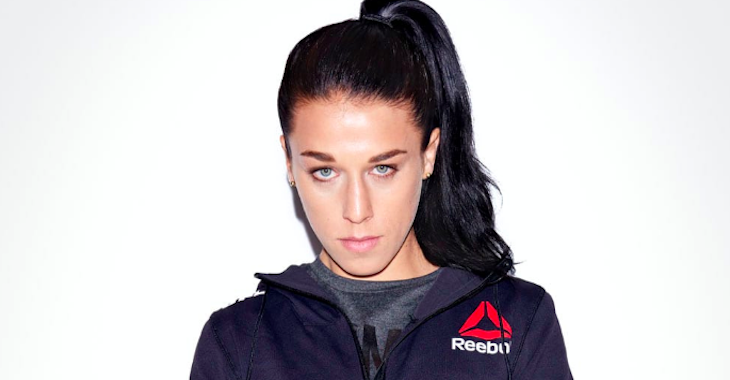 Last weekend, in a shocking UFC 217 upset, long-time UFC women’s strawweight champion Joanna Jedrzejczyk succumbed to a salvo of first-round punches from unheralded challenger Rose Namajunas. In fact, she even seemed to tap out from her challenger’s unexpected assault.

Speaking on Monday’s edition of The MMA Hour, however, Jedrzejczyk refuted the widespread belief that she tapped to Namajunas’ onslaught.

“Someone said that I tapped, I never tapped,” Jedrzejczyk told Ariel Helwani (h/t Peter Carroll). “Are you kidding me? It was probably that I was trying to stand up, but I didn’t. It was a piece of a second for me.

“I know it took a while – from the punch to the ground and pound when I had the turtle position, but for me it was a like a piece of a second. I know it was a few long seconds.

“It looks totally different than people think it is.”

Jedrzejczyk then explained that the so-called tap was probably just the result of her trying to return to her feet.

“I didn’t know what was going on at that time probably. My body…I couldn’t get the right balance, you know? I didn’t tap, I never tapped and I didn’t tap.”

Jedrzejczyk also gave a little insight into the loss itself, divulging that she felt a little off ahead of the fight, but that she’ll have to review the footage to understand what happened.

“I didn’t see the punch, the power of the punch. She didn’t hit hard, you know, but right to the point, I don’t know what happened.

“I just remember that during the warm-up I was feeling more slower than usually. I don’t know why, I must go to the fight week and figure it out.”

What did you think of Joanna Jedrzejczyk’s loss to Rose Namajunas?