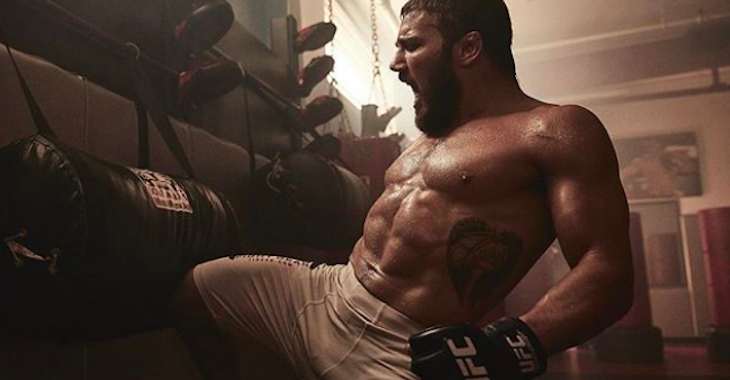 The two have been wanting to fight each other ever since Rivera needed a replacement for his replacement. Yes, that’s worded correctly. Because originally, UFC 219 was supposed to host a fight between Rivera and former 135 kingpin, Dominick Cruz…but he suffered a broken arm. Filling in for him was John Lineker…until he had to get a tooth infection taken care. Rivera vs Moraes was never made and Rivera was pulled from the card entirely.

Now we’re here and all is good to go. Rivera and Moraes are set now to headline for each of their first times in the UFC. This fight could very well be a #1 contender fight and Jimmie Rivera believes it is as he told MMAJunkie:

“You always want to fight the best person who is going to get you closer to the belt. That was the reason behind why I picked Marlon. It’s a main-event fight, so it’s a very good career move for both of us. This was the main option. I figured this was going to be the best move for a #1 contender fight. In a way it’s kind of better for me. Cruz is still out hurt and I don’t feel like they push [Raphael] Assuncao a lot. He’s kind of quiet, and he’s been hurt, too, supposedly. So, I think it really comes down to putting on a good show, getting a good win and then I’m definitely #1 contender for the best. No questions asked.

They never guarantee something because at the end of the day it’s business and they’re a business. But it would only make sense. Anything can change. Look how many times the T.J. vs. DJ [Demetrious Johnson] fight has been on and off, and now I think it’s not happening, so I understand the business. But, this should be for #1 contender.

It’s a big jump, it’s a big deal. I go in there and beat Marlon and it’s six fights in a row that I’ve won [in the UFC]. There’s no question or doubt that I deserve a title shot.”

Rivera alluded to his current winning streak in the UFC which is impressive alone. But if you extend it outward to his whole career…you may have trouble finding a longer streak. Rivera is 21-1 and hasn’t lost since his second fight, meaning he’s on an overall winning streak of twenty straight. Impressive to say the least.

So what do you think? Could this fight lead to a title shot for the winner?