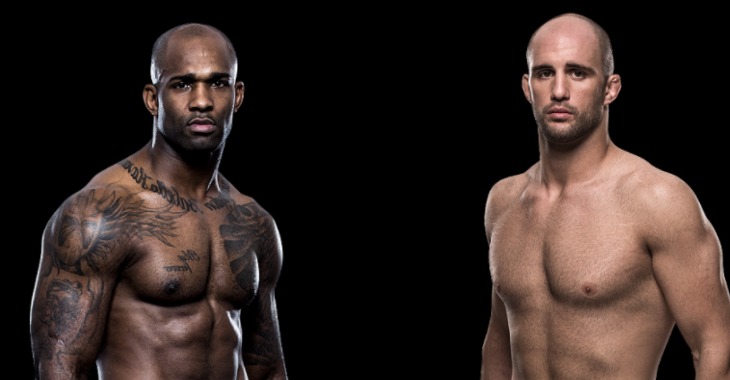 This bout was announced on Twitter by the UFC.

Manuwa will enter this fight having recently authored violent knockout wins over game opposition in Ovince St. Preux and Corey Anderson. The British star was briefly considered as the next challenger for Daniel Cormier’s light heavyweight title, but his spot in line was taken by returning former champion Jon Jones. It is understood that Manuwa will serve as the replacement opponent if either Cormier or Jones is forced to withdraw from their fight, which headlines UFC 214. Manuwa is 17-2 overall.

Oezdemir, meanwhile, burst into light heavyweight contention as if from nowhere, entering our consciousness with a win over St. Preux in his short notice UFC debut, and then delivering an impressive, first-round knockout over the highly regarded Misha Cirkunov in his sophomore Octagon appearance. Oezdemir owns an overall record of 14-1.

UFC 214 is also expected to feature Cris “Cyborg” Justino’s shot at featherweight gold, though the details on this fight remain scarce. Other highlights of this card include featherweight bouts between “The Korean Zombie” Chan Sung Jun and Ricardo Lamas, and Doo Ho Choi and Andre Fili.

Who do you think will win this key light heavyweight showdown between the European striking specialists Jimi Manuwa and Volkan Oezdemir? Make your picks in the comments section!