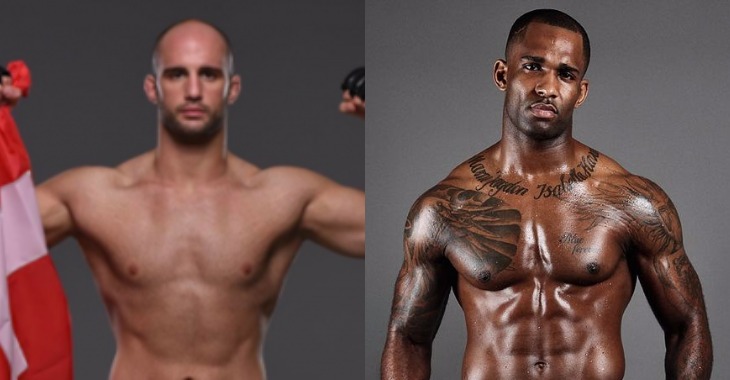 On Sunday afternoon, in the co-main event of the UFC’s latest trip to beautiful Stockholm, Sweden, surging Swiss light heavyweight Volkan Oezdemir scored an upset, knockout win over the highly regarded Misha Cirkunov – and he did it in just 28 seconds. With this win, Oezdemir solidified his status as one of the top light heavyweights on the planet, and set himself up for what could well be a number one contender fight in his next outing.

In the wake of this impressive win, Oezdemir made no secret of the fight he’d like next: a fight with British striking specialist Jimi Manuwa, who is also banging on the door of the champion Daniel Cormier.

Oezdemir explained this callout of Manuwa at the UFC Stockholm post-fight presser.

“Because he’s a striker, and now that [Anthony Johnson] is retired, I guess he’s the man in striking,” Oezdemir said at the UFC Stockholm post-fight press conference (via MMAFighting.com). “I’m a striker. I want to be the man too, so we need to settle that.”

“If you see his last fight with Corey [Anderson],” Oezdemir added, “he was taking his time, picking his shots, and when he unleashes, he has these power shots. So, we’ll see.”

Manuwa, as we know, very nearly got the next crack at Cormier, but was cut in line by returning former champion Jon Jones, who will fight Cormier at UFC 214. That said, Manuwa is expected to be on the UFC 214, where he will serve as an understudy in case Cormier or Jones is forced to withdraw.

While UFC 214, which goes down July 29 in Anaheim, is getting quite close, Oezdemir said he’s not opposed to fighting Manuwa on the card.

“We’ll see,” he said (via MMAJunkie.com). “I always want to be active. I want to be the guy who’s fighting at least two more times this year, so this could be a possibility, for sure.”

Who do you think wins a fight between Volkan Oezdemir and Jimi Manuwa?