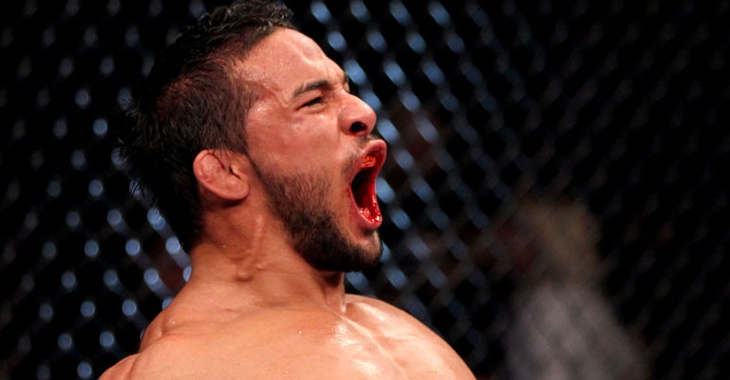 In the first month of 2018, the UFC returns to Charlotte, North Carolina for the third time.  It will be UFC on Fox 27 and in the main event, we will see a rematch from the Strikeforce days, between Ronaldo “Jacare” Souza and Derek Brunson. Their first fight took place back in 2012 and it didn’t last very long… Jacare walked through the green Brunson, needing only forty-one seconds to get the TKO victory. Since this fight, Jacare has gone 8-2 while Brunson has gone 8-3 and grown tremendously as a fighter since his first encounter with the Brazilian.

Prior to today, we already had a handful of good fights on tap(those of which you can see below) but now we’re just getting more! As reported by Guilherme Cruz, a very exciting Featherweight matchup between top 145er Dennis Bermudez and rising Team Alpha Male member, Andre Fili is set.

Then as reported by the Charlotte Observer, Mirsad Bektic will make his return to action after his thrilling comeback loss to Darren Elkins when he takes on Godofredo Pepey.

And lastly, a Welterweight showdown between the recently unseated from the ranks of the unbeaten, Niko Price takes on George Sullivan. (also reported by the Charlotte Observer)

JUST IN: Niko Price (@Nikohybridprice) vs. George Sullivan (@Sullivan_UFC) in the works for UFC on FOX in Charlotte #UFC pic.twitter.com/Vn3tJYPDzZ

With the addition of these three bouts, UFC on Fox 27 now sits with eleven fights. The event takes place on the 20th of January so don’t expect many…if any more fight announcements for one of 2018’s first cards. Excluding the fights already mentioned, the rest of the card looks like this:

Which fight are you most looking forward to at UFC on Fox 27?