The winner of the Grand Prix will walk away with the Bellator Heavyweight championship.

Betting odds have recently been released for who is expected to win it all. Matt Mitrione leads the way. Who do you have taking it? 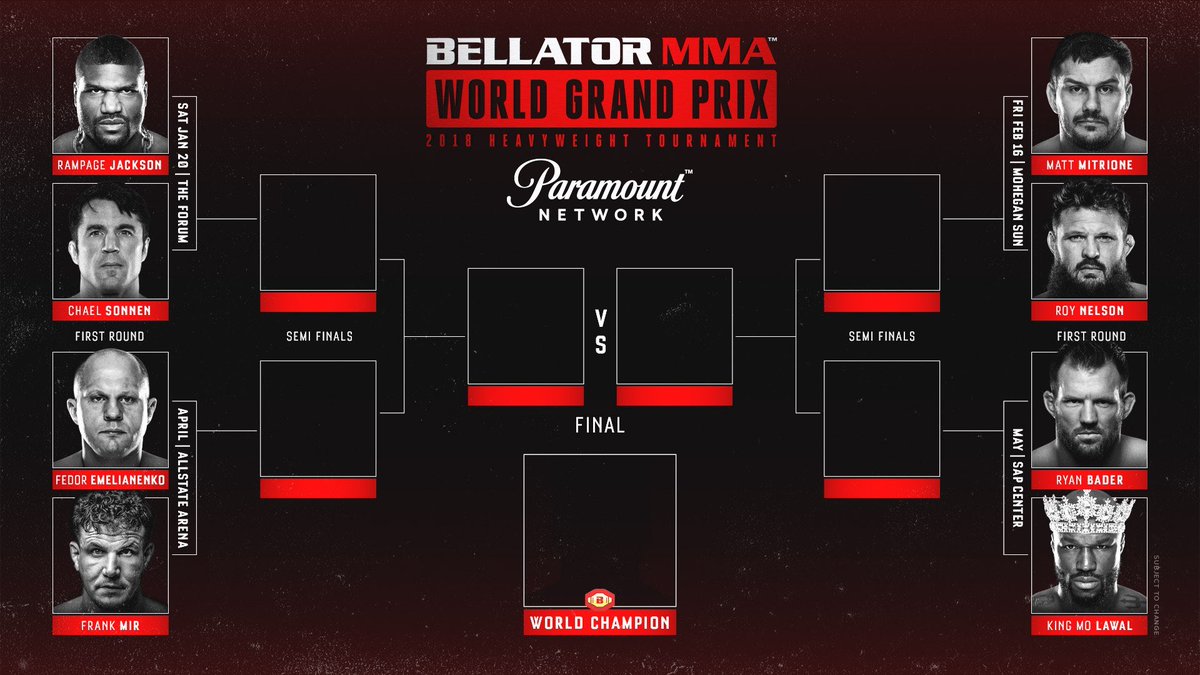