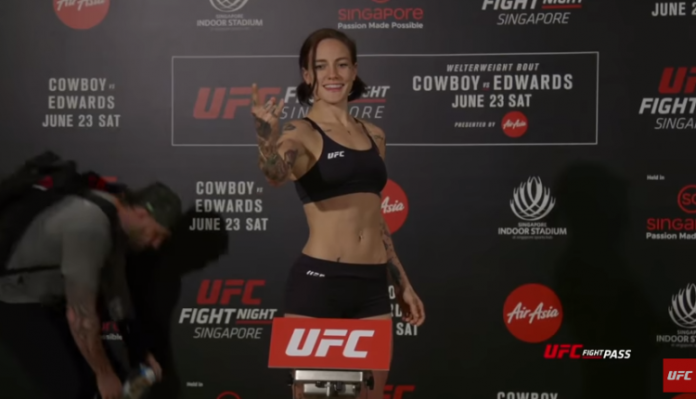 Flyweight action is headed to the Milwaukee, Wisconsin for the next big event on Fox that will come at the end of the year.

Two of the division’s most fan-friendly fighters are now set to collide as Australia’s Jessica-Rose Clark will take on the former LFA and Legacy FC champion, Andrea “KGB” Lee on December 15.

The Invicta FC standout turned champion elsewhere in Lee made her Octagon debut in May when she defeated Veronica Macedo via unanimous decision.

Unfortunately, since then Lee has been dealing with a different type of fight outside of the cage as she was on the receiving end of a scary domestic violence dispute with her husband and coach Donny Aaron.

A few months prior to the incident, Aaron and Lee had found themselves in some hot water with the public after a photograph taken by the couple revealed Nazi-related tattoos on Aaron’s body.

As for the Syndicate MMA product Clark, she will be looking to pick up her third UFC victory in what will be her fourth UFC bout.

Kicking things off fast and furiously, “Jessy Jess” quickly racked up two impressive victories over the likes of her fellow Aussie, Bec Rawlings, and Paige VanZant.

After taking some time to let her body recover after all the weight cuts she had done in a quick amount of time, Clark took on Jessica Eye at UFC Singapore in June.

It was a closely contested affair but in the end, it would be Eye who picked up the unanimous decision victory to hand Clark her first UFC loss.

UFC on Fox 31 is just starting to shape up and this fight is a part of that. Here’s what else has already been added so far: