Using the phrase “nobody knows who they are” is an invalid excuse when it’s the UFC’s fault for not promoting their own fighters.

Especially in the case of the consensus best flyweight in the world, Jennifer Maia who makes her UFC debut this Saturday at UFC Boise.

Whether or not you know who Maia is and believe that she is the No. 1 flyweight worldwide or not, an educated fan will agree that she’s at the very top of the division and she has proved and earned it over her career.

The former Invicta FC champion has gone on an impressive six-fight win streak since 2015 that includes wins over fellow top 125ers in Roxanne Modaferri, Vanessa Porto, and Aga Niedzwiedz. She has established herself as an elite at flyweight and was even considered by fans as a logical possible opponent to be thrown right into the title mix in the UFC if not an immediate title shot.

Oh, but this is the UFC! Your silly accomplishments outside of our organization mean next to nothing.

Evidence of this being the UFC’s mind-blowing decision to place Maia on the Fight Pass prelims for her debut.

The only argument for why this would be a logical move is because of the fact that Invicta is broadcasted on Fight Pass so she will be more well known on this platform.

But that’s not exactly a good point. Isn’t the whole idea of making someone more marketable to promote them and give them exposure to the biggest audience possible? That isn’t exactly Fight Pass.

Maia’s skills speak for themselves and not having her at the very least on a televised portion of the card is just a monstrous head scratcher. And not just for Maia herself, but wouldn’t it be key to showcase your newest division and in what better way then to do so with obtaining and displaying one of its elites?

Then it brings us to her opponent, Liz Carmouche.

Carmouche isn’t the biggest star in the women’s divisions, but she is a veteran with a recognizable name. That definitely helps if there are some sort of worries.

But this opponent choice for Maia doesn’t go without issue. Aside from not being the highest ranked option, Carmouche isn’t an easy matchup stylistically which gives this fight a trap-like feeling. Almost as if the UFC is trying to kill Maia’s momentum before it can even really get building to it’s fullest potential. Which again…makes no sense.

Carmouche also happens to be coming off of a loss to Alexis Davis. 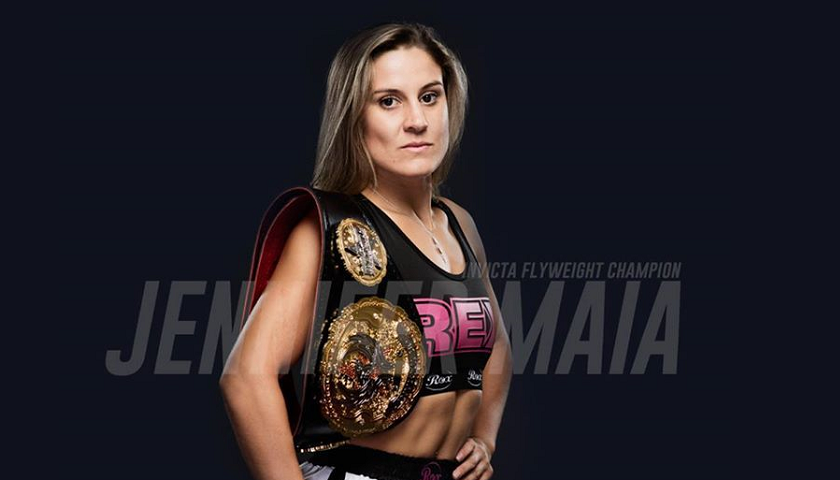 This isn’t to say that Maia will surely lose or look horrible, but as seen in the past, it isn’t easy to look great against Carmouche.

The former Marine, Carmouche is one of the physically strongest fighters in both the 125 and 135-pound divisions. That accompanied with her grinding wrestling style presents problems for anyone.

Maia being the more well-rounded fighter virtually everywhere can absolutely shine and present submission threats off of her back, but no favors were done for her with this choice of a matchup. It’s almost like an unnecessary test.

For example, imagine if Rory MacDonald came back to the UFC and for his first fight back he took on Leon Edwards or Santiago Ponzinibbio. No offense what so ever to either man, but the MMA world would be up in arms about that fight being made when there were far more exciting and better options to be made against higher ranked opposition.

Getting to the possible root of the matter could all come down to this being a punishment tactic by the UFC as Maia was originally offered a possible fight with Valentina Shevchenko rather than Priscilla Cachoeira at UFC Belem.

But on the other end of that, the UFC offered this soon after Maia’s five-round battle with Niedzwiedz which would have given her a relatively quick turnaround. Which doesn’t mean she should be punished for declining.

Regardless, it’s like the UFC just ignorantly looks past outside accomplishments and credibility for certain fighters whenever they see fit – often times in confusing cases. (see Darren Elkins for another great example who ironically is also fighting on Saturday).

Unfortunately, we all know what it will take to change some of these choices nowadays and that’s being just a little bit louder and more obnoxious with how one presents themselves.