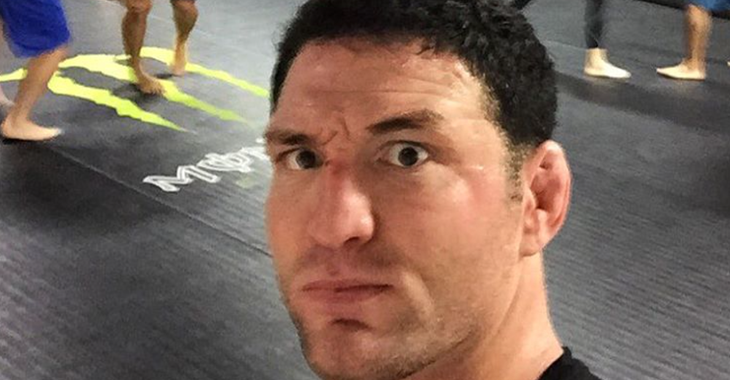 The downward spiral of Jason “Mayhem” Miller – a veteran of the UFC and Strikeforce cages, and the former star of the reality show Bully Beatdown – continues.

On Tuesday, TMZ reported that the troubled MMA veteran had pled guilty to domestic violence charges stemming from a series of ugly incidents with three different girlfriends between 2015 and 2017.

According to court documents obtained by TMZ, Mayhem was charged with five counts of felony domestic violence in September, in addition to a felony count of vandalizing one girlfriend’s home and car. The former fighter also received misdemeanours for damaging the cell phones of two former girlfriends, which he is said to have done to prevent them from calling the police.

Originally, Mayhem is said to have pled not guilty to these charges. Eventually, however, he struck a plea deal, pleading guilty to “corporal injury to a spouse/cohabitant.” As a result of this deal, the other charges he faced were nixed.

As punishment, Mayhem has received three years of probation with a suspended four-year state prison sentence. The implication here, per TMZ, is that if he violations his probation, he can be imprisoned for four years. Unsurprisingly, the former fighter must remain clean and sober for the duration of his probation.

Mayhem has not fought since May of 2016, when he followed a grievous weigh-in miss with a second-round submission loss to Mattia Schiavolin. His next most recent fights occurred in the UFC’s Octagon, where he was dominated by CB Dollaway and Michael Bisping. The California native’s last win occurred in 2010, when he took out aging PRIDE legend Kazushi Sakuraba with an arm-triangle choke.

Mayhem is perhaps best remembered for a post-fight brawl at a Strikeforce show in Nashville in 2010.

Stay tuned for more updates on this troubled former fighter as they emerge.