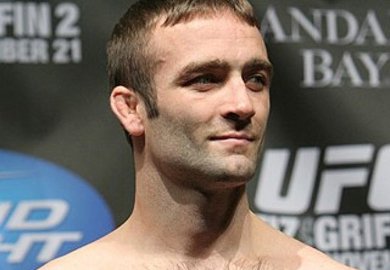 Jacob Volkmann (15-4 MMA, 6-4 UFC) has found a new home inside the MMA world, as it was announced today that the veteran lightweight has signed with the upstart World Series of Fighting promotion. Terms of the multi-fight deal were not disclosed.

Jacob Volkmann and Jon Fitch were two of the more well known fighters recently released by the UFC organization. The UFC decided to axe Volkmann after his most recent loss to Bobby Green at UFC 156. This after Volkmann had gone 6-4 inside the octagon and 6-2 in his past eight UFC bouts.

During his time in the octagon, Volkmann earned victories over notables Danny Castillo and Efrain Escudero. Volkmann earned 5 of his 6 UFC wins by way of judges decision and many fans feel he would have avoided the axe if it weren’t for his wrestling oriented “smother” style offense.

Volkmann is likely to debut at WSOF 3 in April of 2013. Stay tuned to BJPENN.com for further updates.