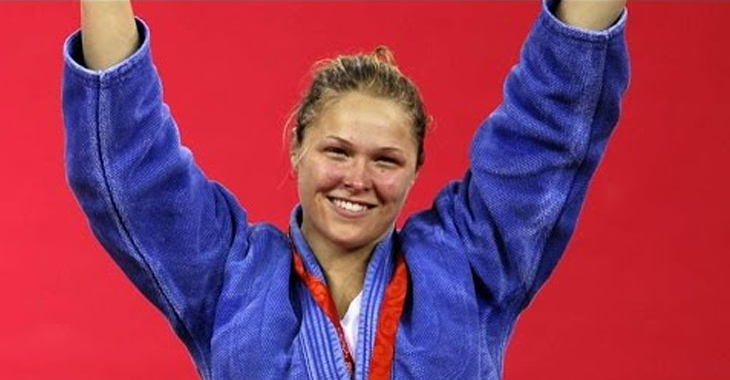 The International Mixed Martial Arts Federation wants to push and develop MMA as a sport all across the world. While most of us may still look at cage fighting as some sort of niche and bizarre spectacle, the IMMAF pictures a future where MMA is looked at as a legit sport. The UFC has tried to transition in that realm and make people take them more seriously with their Reebok uniforms, but it’s still not there yet. As far as athletic contests, what’s more legit than the Olympics? This is the next step that IMMAF is aiming for: Get MMA in the Olympics by 2028.

IMMAF just sent a press release on getting MMA to the Olympics in 2028. Interesting. pic.twitter.com/gQU7UslMcn

IMMAF President @BrownKerrith explains how the development of Amateur & Junior MMA will raise the level of the game: https://t.co/mhQvEZE70d pic.twitter.com/DUaLy5gDnL

Of course, this wouldn’t mean we’d get to see Jose Aldo low kicking the thighs off of people, or Nate Diaz locking down a triangle choke with both middle fingers in the air. This is for the youth of the sport to develop into a legit and respectable backbone that can make their respective countries proud. MMA has always been in some part about evolution. We’ve gone from BJJ specialist dominating, to hybrid wrestler-strikers ruling supreme, to a point where the people grew up watching the UFC are now fighting as pure fighters trained in all aspect of MMA. Is the future of UFC going to be pitting MMA gold medalists against other MMA gold medalists? Only time will tell, but that’s what IMMAF President Kerrith Brown wants.

“MMA is a true millennial sport which blew up with the birth of the internet. When you think that modern MMA was only born at the start of the nineties – around the same time as the world’s first website – it is incredible how new media platforms have accelerated its growth, to the point where UFC sold last year for an estimated 4 billion dollars.

It has evolved into a sport of its own, with participants all over the world training in the discipline of MMA in dedicated MMA gyms. Its ruleset truly deserves to be recognised independently alongside other core martial arts, such as boxing and judo.

MMA has fired a spark among Millennial and Generation Z sports fans and participants – age groups the Olympics is failing to reach with its declining and ageing television audiences. This decline is a sad to see, as the Olympic movement promotes important values and a timeless vision, which should be cherished. But if it is to flourish in future generations it has to open itself to new sports and to the views and tastes of sports participants, communities and fans, which it is there to serve. These are testified to in ticket sales, audience figures and participation numbers. Social media also demands transparency and accountability from organisations, and a democratic relationship with stakeholders. For its survival, the Olympic movement has to acclimatise to the times.

I believe that MMA has a lot to bring to the Olympic Games both as a compelling spectator sport and in terms of the audience, culture, values and the energy it brings with it.” — Kerrith Brown via IMMAF.