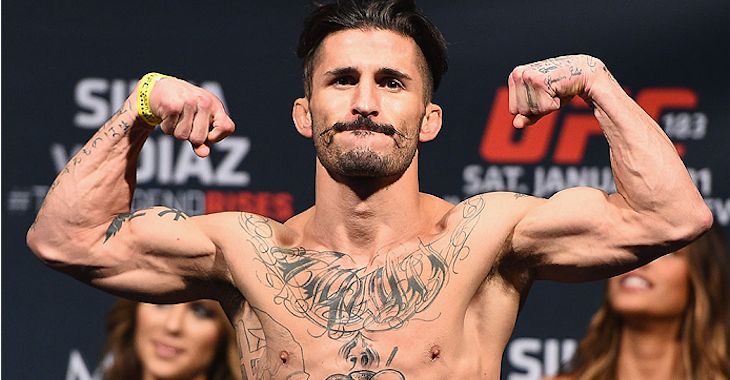 Unfortunate news surfaced Saturday morning that Ian McCall had been forced out of his UFC 208 scrap with undefeated UFC newcomer Jarred Brooks. After having multiple fights in a row scrapped due to unfortunate circumstances, all signs pointed to McCall finally stepping into the Octagon to fight. Training camp, fight week, and weigh-ins went off without a hitch, however reports have now surfaced that McCall fell ill Friday evening following weigh-ins, and had been hospitalized. Subsequently, following reports saying ‘Ian McCall hospitalized’, new reports have now emerged that the flyweight has been pulled from the card.

It is important to mention that McCall is not responsible for all of the scraps being cancelled, and on several occasions it was McCall’s opponent who prevented the bout from taking place. I'm told McCall is going to hospital. He became ill last night, continued through the morning.

Just got word that Ian McCall will not be fighting tonight due to illness. #UFC208 https://t.co/HIufdpkVld