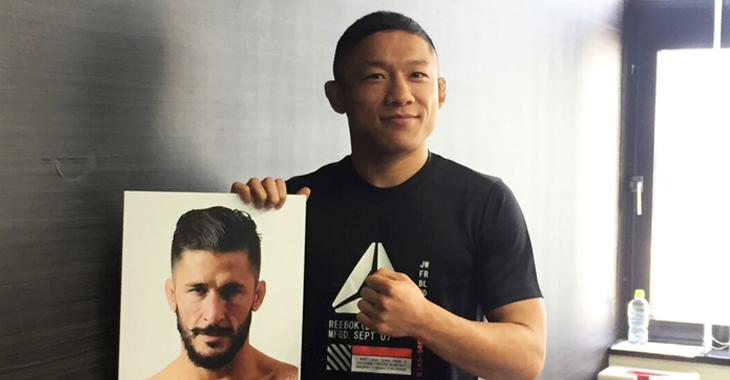 Horiguchi, who has now won nine fights in a row since leaving the UFC, caught McCall with a perfectly timed left hook which sent “Uncle Creepy” crashing to the canvas.

The referee would immediately step in and call a stop to the action, a decision that a clearly hurt Ian McCall would later protest.

Kyoji Horiguchi has gone 18-1 over his past nineteen mixed martial arts fights with his lone loss in that time coming to current UFC flyweight champion Demetrious Johnson via fifth-round submission (armbar) at UFC 186 in April of 2015.

Meanwhile, Ian McCall has now dropped three straight fights and five of his past seven overall.

Who would you like to see Kyoji Horiguchi and Ian McCall fight in there next mixed martial arts appearances? Sound off PENN Nation!