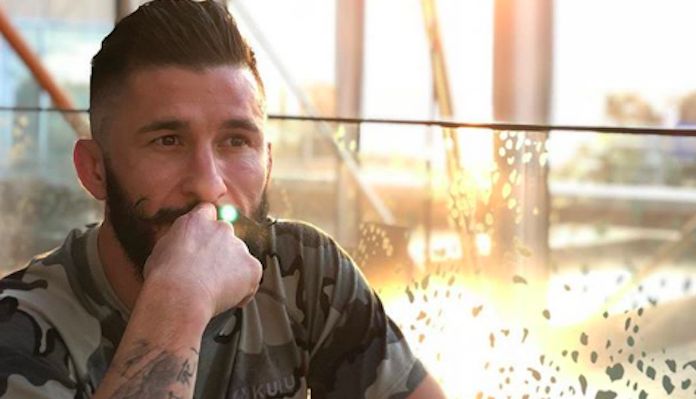 Over the weekend, Japan’s Rizin Fighting Federation promoted one of its best events to date. This action-packed event featured a number of UFC veterans, most notably former flyweight title contenders Kyoji Horiguchi and Ian McCall, who collided in the main event.

Though many fans expected this to be a competitive contest, it instead turned out to be a blitzkrieg win for the surging Japanese talent Horiguchi. The Norifumi “KID” Yamamoto protege and current American Top Team staple put his foe down with a punch mere seconds in the bout, forcing the referee to wave the action off at the 9-second mark (see it here).

Unsurprisingly, this was a tremendously disappointing outcome for McCall, who can not seem to kick his run of bad luck. The good news is that the fan favorite flyweight seems to be in good spirits in the wake of this loss.

Shortly after his loss — and a bit of top-shelf Suntory whisky, according to his Instagram story — McCall took to Twitter to speak on the fight.

I went out on my shield as warriors dream of. To the negative 🖕🏻I’m still better than you fucks. To the positive thanks for the love & support. Live by the sword die by the sword. I’m broken but still smiling and proud.

“I went out on my shield as warriors dream of,” he said in his Tweet. “To the negative, I’m still better than you fucks. To the positive thanks for the love & support. Live by the sword die by the sword. I’m broken but still smiling and proud.”

The recent years of McCall’s career have been marred by a ridiculous string of cancelled bouts and a few disappointing losses, such as his recent bout with Manel Kape, which ended when he cut his head on the ring. Despite his recent bad luck, the American once resided as one of the very best flyweights in the game, and helped establish the division in the UFC.

What do you think the future holds for Ian McCall?