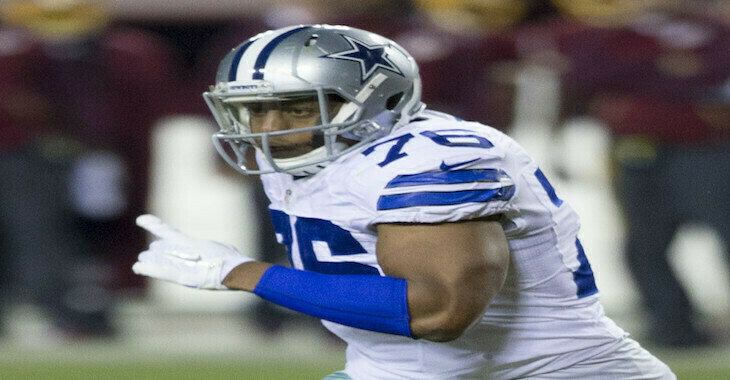 Earlier this year, we saw former WWE star CM Punk, a man with no real martial arts experience, make a foray into the perilous world of mixed martial arts. It did not go well for him.

Now, former NFL defensive end Greg Hardy, who has a similar deficit in terms of martial arts experience, is poised to try his hand at cage fighting.

News of Hardy’s MMA ambition comes from the folks over at MMAFighting.com. According to their report, the former football player has been training for several months in the Dallas-Fort Worth area, and is aiming for a debut sometime in 2017. Apparently, he has already been approached by several MMA organizations who are interested in promoting his first steps into the cage.

“I’m very focused and excited to start my MMA career,” Hardy said in a statement obtained by MMAFighting.com. “I’m going to do this the right way, I can assure you of that.”

“I’m fully committed to being as successful as I can be in this sport,” he added.

Hardy spent the majority of his NFL career playing for the Carolina Panthers, before joining the Dallas Cowboys roster in in 2015. Unfortunately, much of his recent career has been marred by a domestic violence incident with an ex-girlfriend. He was also recently arrested on cocaine possession charges in the Dallas suburb of Richardson.

Though we’re far more used to pro wrestlers trying their hand at mixed martial arts, the precedent for pro football players doing so also exists. The most noteworthy example of a high-profile football player testing his mettle in the cage, of course, is Herschel Walker, also a former Dallas Cowboy. Back in 2010 and 2011, Walker went 2-0 under the Strikeforce banner, scoring TKO wins over Greg Nagy and Scott Carson before hanging up the gloves. Where Walker began his MMA career in his late 40s, however, Hardy is just 28 years old – meaning he has much more time to build himself up.

How do you think Hardy’s MMA career will go? Sound off, PENN nation!