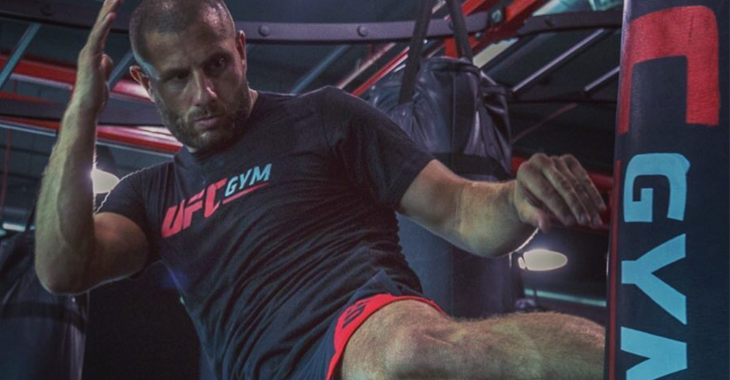 Just weeks removed from his successful UFC debut – a first round clobbering of Henrique da Silva – kickboxing icon Gokhan Saki is already scheduled for his second Octagon bout. This sophomore UFC effort will occur at UFC 219 this December 30, when he will battle rising light heavyweight contender Khalil Rountree.

Speaking to MMAFighting.com earlier this week, Saki shared his initial thoughts on his bout with Rountree. Though Rountree is something of a knockout artist himself, Saki fully expects him to try to turn their fight into a grappling match.

“Khalil is a hard worker, I think. He’s a nice fighter, but with me, I’m sure he’s going to try and wrestle,” Saki said (h/t Peter Carroll).

“I think a lot of wrestling coaches are going to thank me because they can make big money now,” the kickboxing transplant continued. “Everybody will want private wrestling lessons now because they don’t want to fight me standing up.”

“His standup is nice. If you don’t know anything about striking his fighting style looks sick, but I’ve fought everybody. In my eyes, he tries to strike – I am a striker. It’s like I’m Ronaldo and he just plays football in the park with his friends.”

If Rountree does work for the takedown, Saki says he isn’t too worried, as his jiu jitsu and particularly his wrestling are coming along nicely.

“My wrestling is getting sick. I’m really happy with my progress because I feel I understand the game. My jiu-jitsu is coming on very well too. My striking technique is even improving and I’ve been going in with some big guys,” he said.

“I will make him fight the way I want him to fight. This is my next step. I will make them all fight on my terms.”

Do you think Gokhan Saki will move to 2-0 in the Octagon against Khalil Rountree at UFC 219?