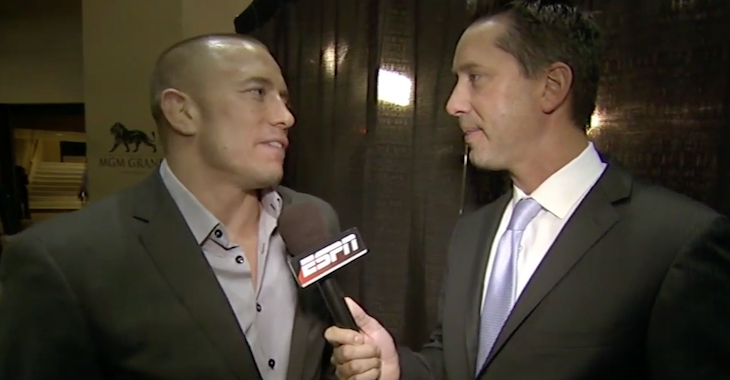 Rory MacDonald has been a training partner with Georges St-Pierre for a long time. Even the close teammate of the former UFC welterweight champion does not know much about GSP’s plans for a return to the Octagon.

Rory spoke with the MMA Hour on Monday and gave the information that he knows about St-Pierre’s plans (transcribed by Bloody Elbow).

“I really don’t know (if he’s coming back). He’s so secretive!” Rory said on the MMA Hour. “It’s hard to get a read on it, but he’s training and he’s doing good. I don’t know. I think it really comes down to numbers.”

“I think he could come back, if the right amount of money is on the table, if the right fight is there for him,” he said. “That’s my guess. But I try not to ask Georges about those stuff, because that’s pretty much what everyone wants to ask him.”

Regarding their trainer Firas Zahabi’s recent implications of trying to set up a Nate Diaz vs. St-Pierre fight, MacDonald mentioned that either of the main event fighters from UFC 196 would be entertaining.

“That would be fun, I think it would be good to see him fight Nate or something like that, or Conor (McGregor). It’d be cool.”

“When it happens, it will happen,” he said. “I will just see it on the news or something. He will do what he wants to do, and he will be fine.”

Will we see Georges St-Pierre ever return to the Octagon? Let us know in the comments which opponent you think would be the biggest money fight for GSP.