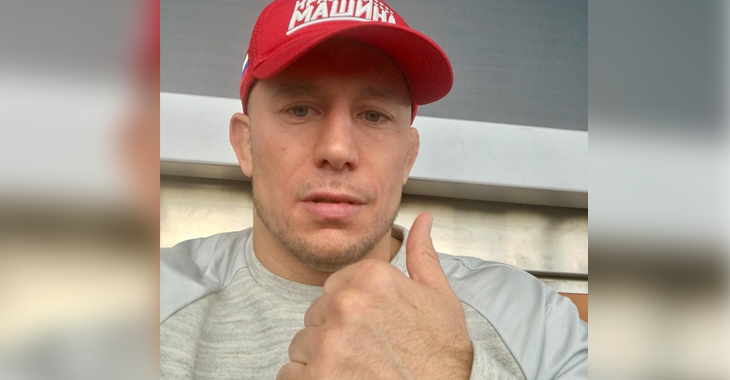 St Pierre looked as good as ever in his return, bludgeoning the ever dangerous Michael Bisping to a third round technical submission win, choking him unconscious with a rear naked choke.

Just days after winning this UFC middleweight belt, St-Pierre has already given it away, to coach Victor Zilberman of the the Montreal Wrestling Club, who he says has been instrumental to his success in the cage.

Happy to give my new middleweight belt to coach Victor. I owe a big part of my success in the octagon to the Montreal Wrestling Club & YMHA! pic.twitter.com/bHx8YPEHsM

“Happy to give my new middleweight belt to coach Victor,” St-Pierre said in his post, which included a photograph of him and his coach. “I owe a big part of my success in the octagon to the Montreal Wrestling Club & YMHA”

With his incredible defeat of Michael Bisping, Georges St-Pierre became one of just four men to capture UFC titles in two separate divisions. The others are Randy Couture, Conor McGregor, and our very own BJ Penn.

Who do you want to see Georges St-Pierre fight next?