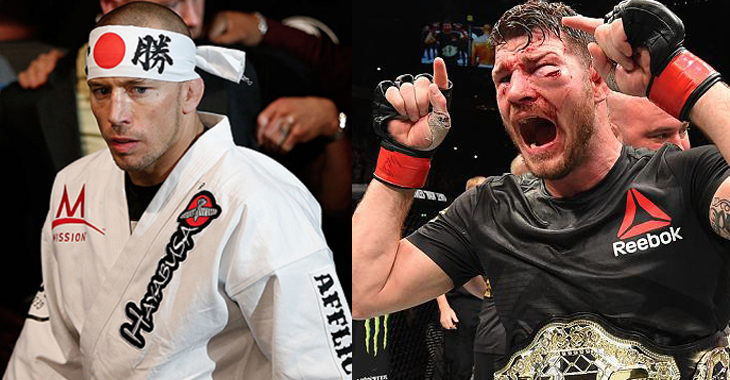 It will be St-Pierre’s first fight in the UFC since stepping away from the sport in 2013 and will be the first fight for the former champion outside of the UFC 170-pound welterweight division.

Odds were opened up by Sports Interaction on the new UFC middleweight title matchup and have the former welterweight champion as the favorite even with the long layoff.

Georges St-Pierre was listed at -150 while UFC middleweight champion Michael Bisping came in at +120. This means if you are legally able to gamble, the current odds by Sports Interaction would need you to wager $150 on Georges St-Pierre to win $100. If you were to go with the other choice by picking Michael Bisping coming out as the victor, you would need to wager $100 to win you $120.

Michael Bisping holds a 30-7 professional mixed martial arts record, picking up the UFC middleweight title by knocking out then-champion Luke Rockhold back in June of last year. Bisping successfully defended his title against Dan Henderson in a grudge rematch in October and will look to defend his title against St-Pierre next. Bisping’s last loss was in 2014 when he was submitted in the second round by Luke Rockhold when the two rivals fought for the first time.

What are your thoughts on the odds released for Michael Bisping vs. Georges St-Pierre? Sound off in the comment section!