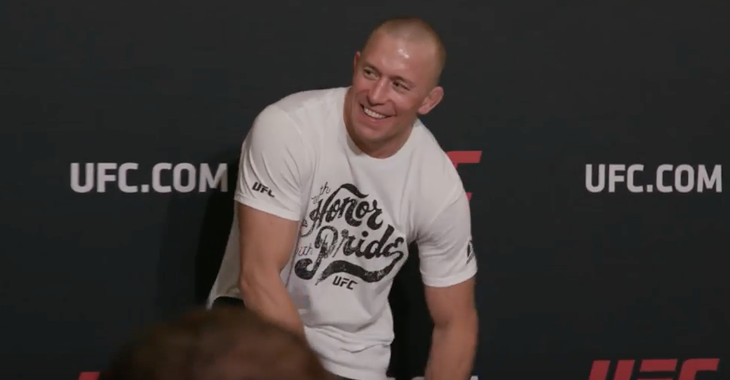 Georges St-Pierre returned from a four year hiatus last night at Madison Square Garden where he had the “best night of his career” capturing the UFC middleweight title by submitting Michael Bisping in the main event of UFC 217.

The Canadian superstar, St-Pierre, put on one of the best performances of his illustrious career last night in New York which culminated in a third-round stoppage victory over “The Count”.

“GSP” dropped Bisping with a punch in the third-round and promptly began raining down some of his classic ground and pound on the brash Englishman.

Bisping would eventually give up his back which allowed St-Pierre to sink in a fight-ending rear-naked choke submission.

“The atmosphere last night at MSG was unreal… Feeling great today – Thanks everyone for making this the best night of my career!!! Merci!” – Georges St-Pierre

What did you think of Georges St-Pierre’s performance at UFC 217? Will you be picking “GSP” to defeat Robert Whittaker when the two square off in 2018? Sound off PENN Nation!