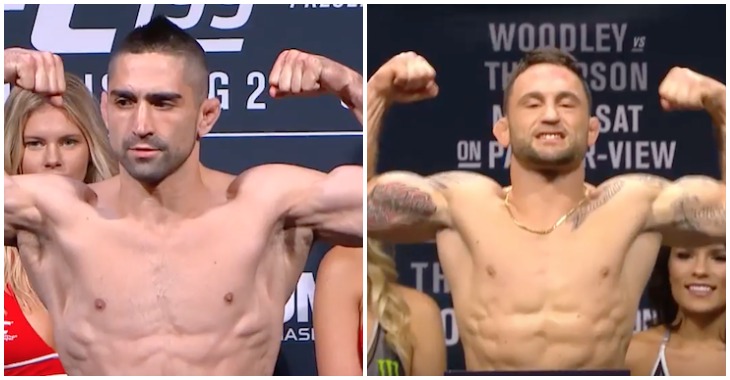 Lamas explained his desire for a fight with Edgar in a recent interview with FloCombat.com.

The featherweight contender also gave a timeframe for this potential bout with Edgar, saying April would be ideal for him.

“In a perfect world I would love to fight Edgar in early April. I have some things going on with my family and my mother is currently undergoing chemotherapy. Her last round of treatment will come at the end of this month and that will take a lot of weight off my chest. That leaves me time for a solid two month camp and then fight in early April.” If he does get the fight with Edgar that he seeks, Ricardo Lamas believes a win will propel him right back into featherweight title contention.

“I try not to look too far ahead,” he said. “I figure one more good win, especially over a guy like Frankie, would put me right back into title contention. I’m keeping my head down and staying in the gym training and hoping for a good fight to pop up for me.”

When we last saw Lamas in action, he took out Charles Oliveira with a second-round guillotine choke. With this win, he separated himself from an action-packed, mid-2016 loss to Max Holloway. He is 17-5 overall.

Would you be interested in a Ricardo Lamas vs. Frankie Edgar bout? If it happens, who do you think wins? Sound off, PENN Nation!