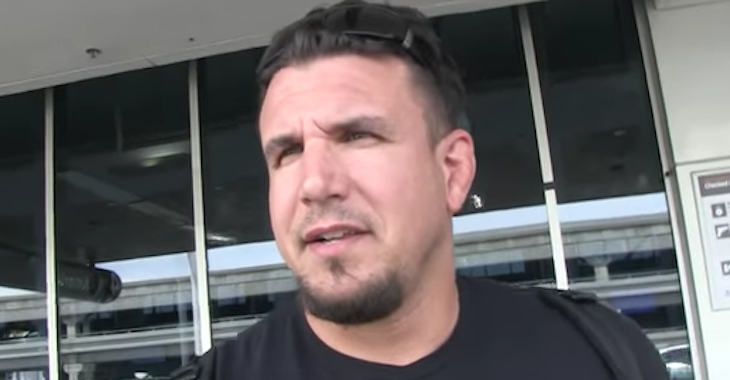 Former UFC heavyweight champion and long-time heavyweight contender Frank Mir is now a free agent. After failing a USADA test – and failing to prove the failed test was not his fault – he and the UFC agreed on an amicable divorce.

“We had to come to terms on the situation and the end result was a mutual release,” he told Helen Yee of NBC Sports Radio (via MMAFighting.com). ‘Right now I’m trying to weigh all my options. We talked about who could possibly be opponents out there, so I’m thinking, more or less, what show offers who to fight. Fedor would be an awesome fight. I think we talked about maybe even Brock. So there’s different ideas out there and really there’s just endless possibilities.”

Mir then commented on a possible scrap with a fellow UFC veteran in Matt Mitrione, who recently knocked Emelianenko out. Apparently, this fight doesn’t interest him as much.

“It wouldn’t be my first choice, to be honest with you,” he said. “I think Matt Mitrione is a super tough guy, very athletic but I think that I’d probably get more pay-per-view buys if I fought Fedor. Mitrione would probably elevate my status more, a victory over him at this point, towards moving up the rankings but I’m kinda past that part of my career. I’d rather fight named fighters and Fedor’s somebody I’ve always wanted to fight and I think that it would be nice to be able to complete that kind of Who’s Who of my resume.”

Finally, Mir gave a timeframe from his inevitable retirement from MMA. Apparently, that juncture of his career is still some distance away.

“I enjoy fighting. I want to fight for as long as possible. I don’t think I can fight at the same capacity that I fought in the past. The days of fighting three times in a year is probably over with. Once is probably gonna be more or less [the goal], or almost twice or three times in two years. Just enjoy martial arts, enjoy the lifestyle, and fight big fights. . .

“Hopefully until I’m told I can’t do it anymore. I’m thinking maybe 45. If you just handle it smart, I think you can do it.”

Who do you want to see Frank Mir fight next?