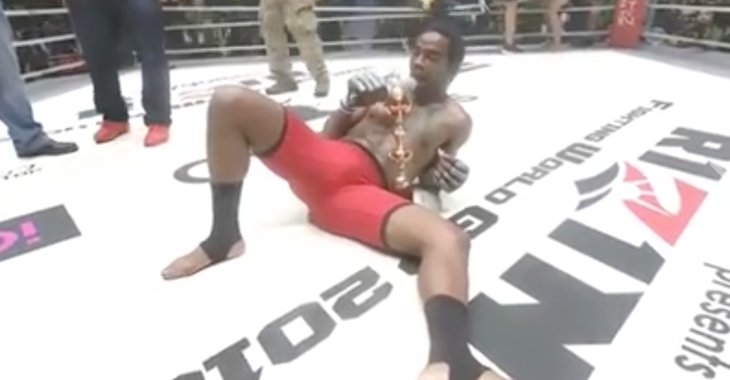 One of the biggest storylines to emerge from Rizin Fighting Federation’s latest card, which went down on September 25 in Saitama, Japan, was the reemergence of an age-old beef between “Felony” Charles Bennett and the much larger Wanderlei Silva.

Bennett and Silva’s beef stems from an infamous 2005 locker room brawl. Footage of this brawl, which shows Bennett being choked out by Silva compatriot Cristiano Marcello, has been surfacing and resurfacing on the Internet for years. According to Bennett, however, the real reason for this beef is what occurred in the un-filmed portions of the incident. If the legends are to be believed, Bennett was able to knock Silva unconscious when the cameras weren’t rolling.

Whether you believe Bennett’s side of this story or not, it’s clear that Silva still holds quite a grudge against him. For proof of this, look no further than the footage of Bennett and Silva’s latest run-in, which shows the pair in a heated war of words in the lobby of the Rizin fighter’s hotel.

In an exclusive interview with BJPenn.com, Bennett offered up his take on this infamous beef, and on the multiple encounters he had with Silva over the course of his recent visit to Japan.

According to Bennett, the incident that gave birth to his beef with Silva wasn’t so much a fight as it was a single punch.

“It was me hitting him and him hitting the floor,” Bennett explained to BJPenn.com. “I don’t consider that a fight. That’s not a fight.”

He also explained that he didn’t expect to be able to drop his much larger opponent with a single punch.

“I surprised the f**k outta myself,” he explained. “When I saw that guy fall to the ground I was like ‘oh shit, that was a perfect punch.’”

Despite the way that Bennett claims this infamous encounter went down, he says he was under the impression that Silva had probably let their beef go. Their locker room run-in was, after all, more than a decade ago. Given this, he was surprised by the way Silva reacted when they cross paths in Japan last month. 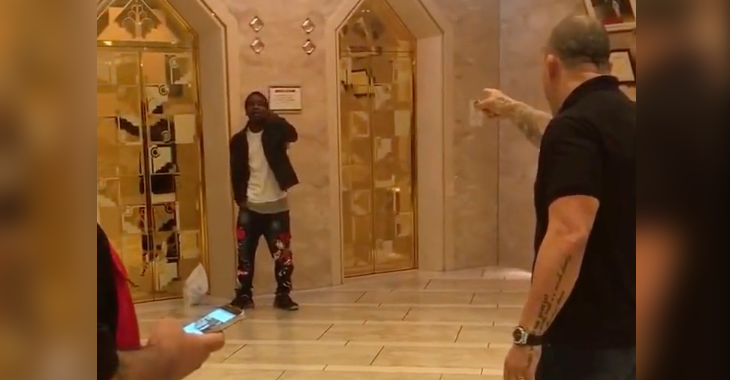 In the days after this much-discussed hotel standoff, Silva made the decision to corner Bennett’s upcoming Rizin opponent, Minoru Kimura. While this was an obvious attempt to stir the pot, Bennett said he wasn’t particularly perturbed by the move. Given that he knocked Kimura out in just seven seconds, its hard to argue that Silva’s presence didn’t effect him much. 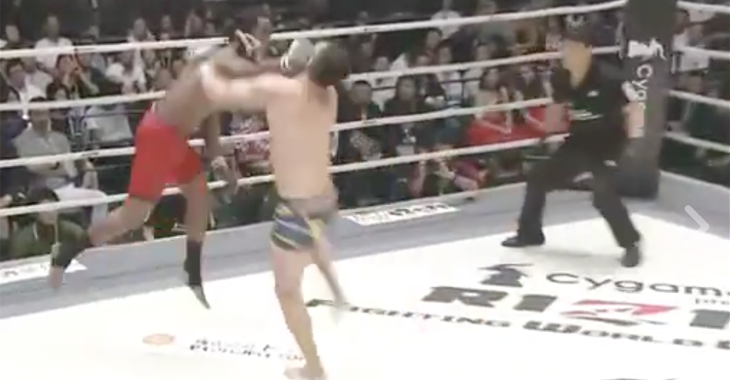 “Look at the f**kin fight,” Bennett said. “Look at the fight from beginning to end, my n***a, and that will tell you a lot about how I felt about it. I was so chill that the whole time, I wasn’t looking at my opponent. Guess who I was looking at? Candy-lei [Bennett’s new nickname for Silva].”

After the fight, Bennett was quick to make a memorable callout of Silva—a decision he says was off the cuff.

Bennett also explained that this potential grudge match is one that Rizin would be interested in, despite the fact that he and Silva have always competed several weight classes apart.

“They would be very interested in booking a fight with me and Candy-lei. I am going to go to the mall today to get a shirt made that says “there lies Candy-lei. You heard it here first, mother***er.”

While he believes Rizin would be interested in this fight, however, Bennett doesn’t believe Silva will bite. Instead, he’s under the impression that the Brazilian legend is scared.

“When I got into that locker room shit [in 2005], that shit was crazy cause I was the only guy in there. There was a team of Brazilian fighters in there and just me. I feel like hey, you owe me that much respect. I went into the lions den and came out alive. That says a lot.”

Despite Bennett’s desire for a fight with Silva, however, Silva’s next opponent is expected to be fellow Pride legend and UFC veteran Mirko “Cro Cop” Filipovic. Unsurprisingly, Bennett isn’t giving Silva much of a chance against the legendary Croatian kicker.

“Man, I’m a big Cro Cop fan,” he said. “I’m looking at Cro Cop catching him with one of those f**kin’ high kicks, yo, and then I can finish him off with one of these leaping right hooks. Man that shit is pretty n***a.”

Despite the chaos created by his renewed beef with Silva, Bennett also added that it felt great to fight in Japan again, as it had been more than a decade since he last competed in the country.

“It was a feeling that I can’t even explain,” he said. “Like man, this is where I wanna be, you know what I mean? Like man, I’m back over here [in the United States] considering all the bullshit that happened in a n***a’s life, so to be able to go back [to Japan] and to be welcomed in their country makes me feel special.”

Do you think Bennett will get his fight with Wanderlei Silva, and if he does, does he have a shot at beating the hulking Brazilian? Sound off, PENN nation!