You may have not heard much from Charles “Felony” Bennett, better known as the now-dead nickname, Krazy Horse. A cult favorite of early 2000’s MMA and his few PRIDE appearances, Bennett blasted back into fight fan’s lives with a lightning quick, seven-second finish of Minoru Kimura in RIZIN in September of last year. He was supposed to return to the promotion, but was not able to. What followed is a long string of fights in regional promotions, leading to a plea on social media saying he needed a fight to pay his rent.

“Will lets just say I don’t read the comments, but I read all the comments. Some say they will pay the rent, some say get a job, I say my job is fighting, to become a comedian, actor. I’m not asking anyone to do nothing I’m training as well as staying out of the path of the law which means jail isn’t in the plan. Moving forward, a wasted talent I won’t be.” – Charles Bennett in reply to his Facebook post. 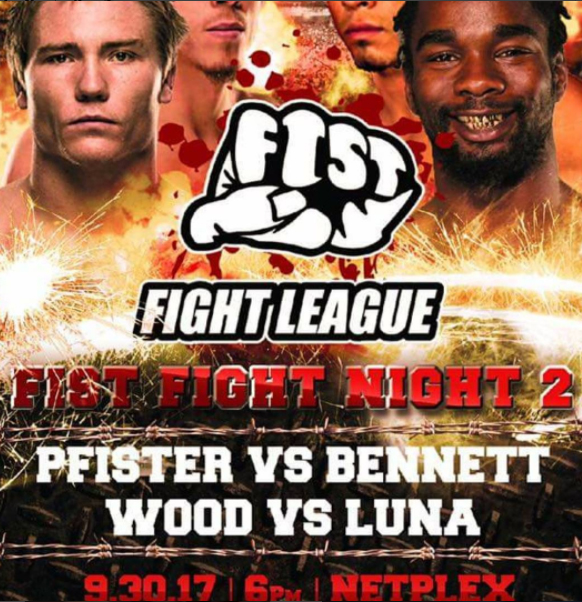 “Well it is official. I think we play the game until my strength scares him away lets give
Cody Pfist a hand, he’s gonna need it. #lildickblackman #FuckEverybodyLeftOffendedNextYear
#FelonyCharlesBennett” – “Felony” Charles Bennett via his personal Instagram.

In March this year, Pfister won his Bellator debut and retired from mixed martial arts competition. However, it looks like that won’t be happening. His fight with Charles Bennet will go down in Pfister’s own promotion, Fist Fight Night in Amarillo, Texas at the end of this month. Bennett has been a very busy man. He has already fought five times this year, unfortunately losing every one.