It appears as if the bad blood between Wanderlei Silva and Charles ‘Krazy Horse’ Bennett is still boiling.

If you aren’t familiar with the rivalry, “Krazy Horse” got into a locker room brawl against Chute Boxe Brazilian jiu-jitsu coach back in 2005 at PRIDE Shockwave. 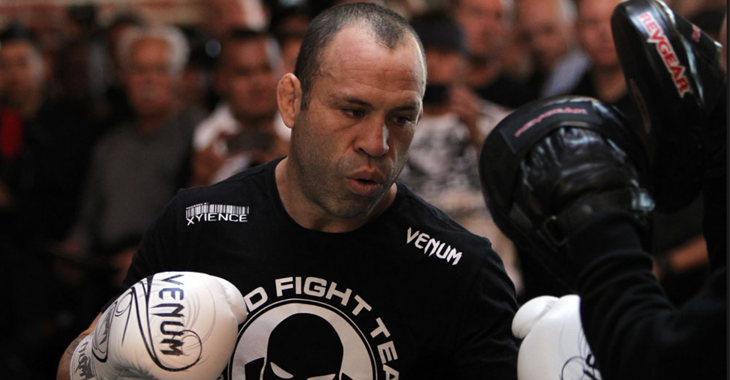 Silva’s BJJ coach at the time, Cristiano Marcello caught “Krazy Horse” in a triangle choke and put Bennett to sleep.

“Krazy Horse” claims to have knocked Silva out after he woke back up from being choked unconscious, which the viral video doesn’t show. You can hear Bennet in the video above claiming to have knocked out Silva as the two exchange words.

In this video below, you can catch Bennett’s version of the story.

Both “Krazy Horse” and “The Axe Murderer” are slated to fight in the Japanese RIZIN promotion. Bennett is set to fight at the RIZIN 2 event in the Saitama Super Arena in Japan on September 25.

Bennet will face Minoru Kimura and will look to pick up his second win in a row after going hot and cold with winning and losing back and forth in his last six bouts.

Silva is set to fight in the RIZIN 16-man heavyweight Grand Prix tournament and is bracketed into the quarterfinals, which take place at RIZIN 3 on December 29.

Silva last fought Brian Stann in the UFC in 2013 and was later suspended for life by the Nevada Athletic Commission for evading a random drug test. His suspension was later dropped to three years, which will be up in May 2017. Silva is also signed to Bellator MMA and is expected to fight for the promotion in 2017.

MMA in Japan is not regulated and does not follow the same rules as the commissions in countries like the United States, Brazil, and Canada, which is how Silva is able to compete before his suspension term is up.