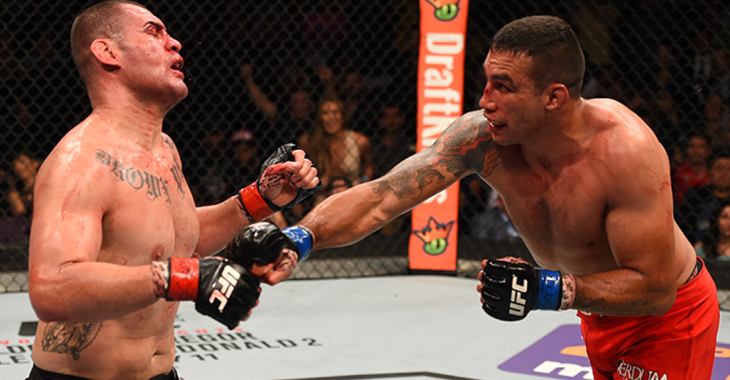 McGregor went out of his way to disrespect Werdum in his acceptance speech at the MMA Awards after the heavyweight champion pulled out of a recent title fight due to injury.

Werdum was ecstatic when McGregor lost to Nate Diaz at UFC 196 calling “The Notorious” a prostitute. Werdum recently spoke with Combate and explained what he meant (Transcribed by Bloody Elbow).

“Conor started out well, but then he went over the line, he started talking about Jesus. He just looks like a clown. In Brazil, we call them prostitutes, because they do anything for money. He’s a sellout. Of course it’s important to fight for money, but that guy will sell out for anything. I wouldn’t doubt he would sell out his ass. I wouldn’t do it.”

Werdum’s manager recently said that it would be wise for McGregor to hire personal security at events with Werdum present. The heavyweight champ confirmed that if he is provoked by McGregor when they see each other, he will not simply laugh it off.

“If we’re even in the same place, I don’t want him saying anything to me or trying to do anything to me. I won’t just stand there. I’m not going to taunt him, but if he does, I will hit him with a chair, for real. If he tries to snatch my belt, I would first have a go at Dana White. I would go crazy, like a thug. In a staredown, you never touch your opponent. Everything is already so tense and the guy goes and touches you?