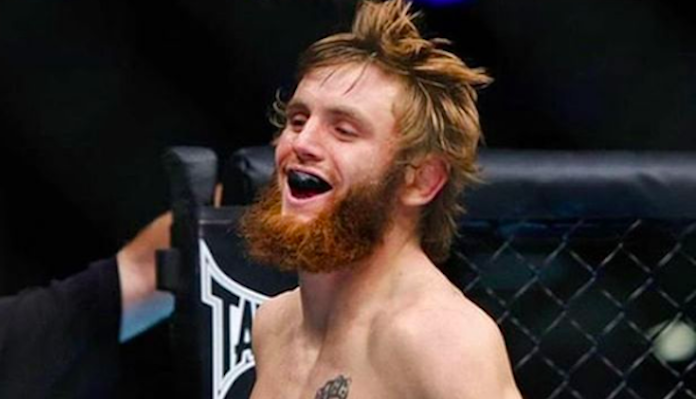 Last week, it was confirmed by Combate that flyweight contenders Tim Elliott and Deiveson Figueiredo will be going head-to-head at UFC San Francisco on October 21.

Figueiredo is riding high since picking up a unanimous decision win over Alexandre Pantoja at UFC 240. It was a solid performance, but you can’t please everyone. His future opponent, Tim Elliott, was not overly impressed.

“Love the matchup,” Elliott told BJPenn.com when asked about the booking. “I have fought 3 guys with very similar styles to him. I am doing all my training at the UFC performance institute, strength, diet, everything. I thought his Pantoja fight was decent, [but] they both kinda looked slow and sloppy in my opinion”.

The former title challenger Tim Elliott has fought some of the speediest and most versatile fighters in the division, including the former champ Demetrious Johnson. Due to a torn ACL injury, Elliott hasn’t fought since 2017 when he beat Mark De La Rosa with an anaconda choke. When asked about feeling rusty, he responded:

“No concern about rust. I am concerned with my knee, but I will be good in 9 weeks.”

When the cage door closes on Tim Elliott and Deiveson Figueiredo, the end result could easily be a Fight of the Night winning scrap.

UFC San Francisco will be headlined by a strawweight scrap between former champ Joanna Jedrzejczyk and long-time contender Michelle Waterson. The card is also expected to feature a compelling featherweight showdown between Cub Swanson and Kron Gracie.