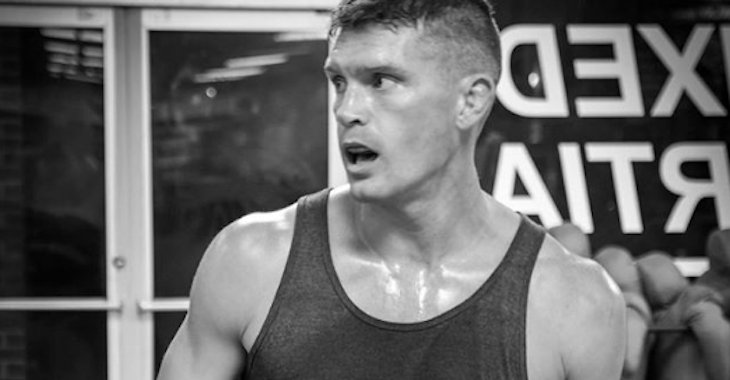 Yesterday night, UFC President Dana White announced his plan to move the promotion’s planned February 24 from Orlando, Florida, to Liverpool, UK. The intention, he said, was to pit Liverpool’s own Darren Till against a fellow striking whiz in Stephen Thompson on the card.

“I literally [switched] my whole schedule. I’m laying [stuff] out here I shouldn’t be talking about,” White told the LA Times’ Lance Pugmire. “We’re supposed to do this fight in Orlando. I’m pulling it from Orlando and I’m moving it out to [Till’s] hometown in England.”

Unfortunately for White, who is apparently eager to hash the details of this fight, and Till, who has previously expressed interest in the matchup, Stephen Thompson is not interested in this potential fight at all.

“No man, not at all to be honest,” Thompson told BJPenn.com’s Chris Taylor when asked about his interest in the matchup. “I️ haven’t even thought of him. I’ve been thinking of Robbie Lawler or [Rafael Dos Anjos].”

“People ate that cake up real quick last night and I was like what the heck I never said I️ would fight him,” Thompson added, commenting on the frenzied rumors about this fight. Thompson’s last fight occurred on the main card of UFC 217 last weekend, when he out-duelled the always game Jorge Masvidal to a unanimous decision win. With this win, he rebounded from a pair of failed title shots against reigning champ Tyron Woodley – the first being a draw, and the second a majority decision loss.

Till, meanwhile, recently burst into welterweight contention with a ferocious first-round drubbing of long-time contender Donald “Cowboy” Cerrone. Though his first post-fight callout was directed at “Platinum” Mike Perry, he later expressed interest in a fight with Thompson.

Who do you want to see Stephen Thompson fight next?