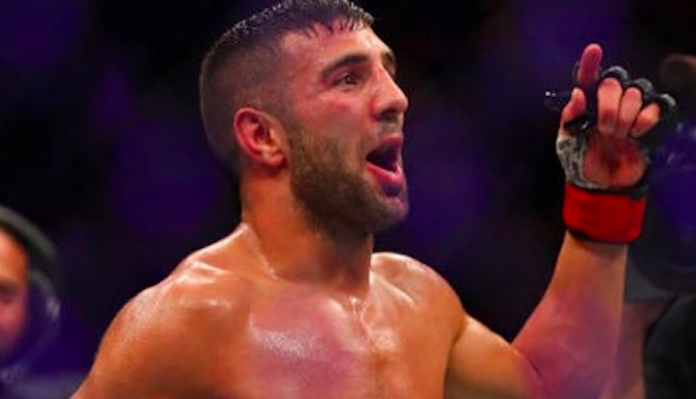 On April 7, in the main event of the stacked UFC 223, interim UFC lightweight champion Tony Ferguson and undefeated contender Khabib Nurmagomedov will vie for the undisputed title (which is expected to be vacated by Conor McGregor in the coming weeks). As one of the lightweight division’s fastest rising contenders, Sweden’s David Teymur will be watching this fight closely. Already 4-0 in the perilous lightweight division, he could easily find himself in the cage with the fight’s winner in the future.

So who does Teymur expect to win this Ferguson-Nurmagomedov bout? He’s leaning toward Nurmagomedov.

“It’s a good fight, and who do I think is gonna win that fight? I think Khabib will win that fight on points,” the rising Swedish contender said on episode 71 of BJ Penn Radio.

While Teymur is picking Nurmagomedov to win, he’s not particularly impressed by Nurmagomedov, and the lack of finishes on his record. He also pointed out that Nurmagomedov only earned his first UFC post-fight bonus in his last fight, a December decision defeat of Edson Barboza.

Needless to say, Teymur likes the way he matches up with Nurmagomedov. He also likes his chances, against Ferguson, having recently bested Lando Vannata, who gave Ferguson numerous problems in their 2016 short-notice fight.

How do you think David Teymur would fare against top fighters like Tony Ferguson and Khabib Nurmagomedov?