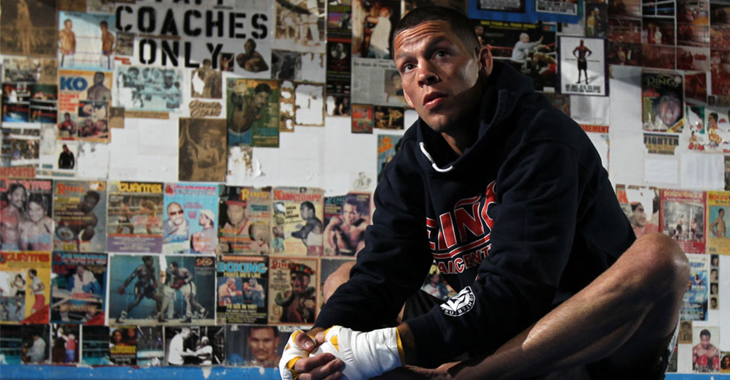 Nate Diaz’s boxing coach Richard Perez recently sat down with BJPENN.com and talked about a number of different topics.

One of the topics discussed was Nate’s big payday at last month’s UFC 196 event in Las Vegas.

The “Stockton Slugger” was able to step in on just two-weeks notice and defeat the heavily favored Conor McGregor via second-round submission in the evenings main event.

Diaz received by far the biggest payday of his career for his welterweight victory over the current UFC featherweight champion.

With that said, Perez claims that Nate Diaz’s new financial status has not changed the fighter one bit. His words:

We asked Perez if Nate was actually a millionaire following his UFC 196 main event payout. This was his response:

“Hahaha, ya I don’t know about millionaire. He made some money but he probably should have got more. But now it is his turn to call the shots at UFC 200.”

Nate Diaz will rematch Conor McGregor at welterweight in the headlining bout of UFC 200, which takes place July 9 in Las Vegas.

Who do you have winning the rematch? Sound off PENN Nation!