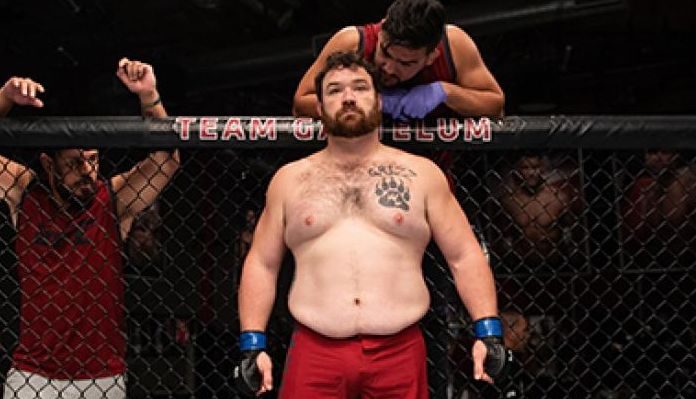 Justin Frazier is ready to prove all the doubters wrong.

On The Ultimate Fighter 28 (TUF), Justin Frazier left tryouts not knowing if he would be on the show. Ultimately, the UFC saw enough potential in him and decided to put him on the show. However, before competing on TUF, Frazier didn’t take his fighting career seriously. The heavyweight was overweight, and his cardio was not very good. Then, to top it off, Frazier was the last heavyweight taken when coaches Robert Whittaker and Kelvin Gastelum picked their teams.

Since then, Frazier has looked unstoppable. He defeated Whittaker’s first overall pick, Anderson Da Silva, in the first round. Then he went on to defeat Michel Batista to advance to the finals. Frazier is now one win away from getting a UFC contract.

The last overall pick has proven everyone wrong.

“I feel like there is less pressure on the guy everyone expects to lose. I’ve been used to that my career, 10-2 in bouts and 2-0 in the house. Fixing to be 3-0 on the show,” Frazier continued. “I don’t mind being the last pick, playing that role, because at that point in time they didn’t have the ability to judge me or judge my character. They couldn’t judge my training ability, my coach-ability or my skill level. We had 45 minutes with each coach and it didn’t give them a chance to judge me. I guarantee I wouldn’t be the last pick now if they had to do it over again.”

While Frazier was able to gain the respect he deserves, it wasn’t an easy journey. Frazier’s cardio was a major problem. Along with that, Frazier had to cut weight to reach the 265-pound limit. Since competing on TUF, that is no longer a problem as Gastelum and his coaches helped put him in shape and become a better fighter all around.

“I wasn’t taking my fight career really seriously when I got there,” Frazier said. “I wasn’t even aware that I was going to be on the show so I wasn’t training like I needed to be. Then after being in the house, they whipped my a*s into shape pretty good. I’ve maintained that and have gotten in better shape since the house going into this finale.”

A big reason why Frazier has gotten in better shape since the show is because he switched gyms. Before TUF, he was training at a smaller gym, but decided to switch gyms and train with Gastelum and the coaches of TUF.

“I’m in Yuma, Arizona, with coach Terrell Hunsinger who works with coach Kelvin, and Chance Farrar. He is one of Kelvin’s wrestling coaches, basically his family in Yuma,” Frazier said. “I will be training with Kelvin in the next week or two, I have several guys who are calling for wrestlers, upper-level wrestlers. I got a couple professional boxers they have brought in for me to work with. Then, of course, I am busting my a*s doing strength and conditioning, and cardio for the next 20 days.”

Frazier is confident no matter who he fights in the finals, and that is because of his wrestling. In the heavyweight division, anyone can win by knockout at any given time. Being able to take the fight to the ground is huge, and that’s a big reason why Frazier went undefeated inside the house. But now the focus is on his all-around game and becoming the TUF 28 champion.

“I’m looking forward to just the experience and doing what Kelvin did and being the underdog and winning this whole thing,” he said. “I look forward to potentially winning the final Ultimate Fighter series.”

Even though Frazier is fighting in the finals, if he had the choice to do it all over again, shockingly, he wouldn’t. Although he has found success on the show, Frazier has his reasons to why he wouldn’t repeat the experience.

“Knowing that coming off the current situation, if somebody said ‘would you do it again’ I probably wouldn’t. Even though I know it made me a better fighter,” said Frazier. “I lost my grandpa when I was in the house, didn’t know it until I got home. My Cadillac Escalade got stolen from me the very first day I was in the house. Stolen right out of the driveway from my wife, she woke up one morning and it was gone.

“My son was hospitalized, my six-year-old was hospitalized when I was gone, didn’t know that. I guess it wasn’t serious enough that they needed to call me, but he was hospitalized. My washing machine literally caught on fire while I was gone and that all happened in six weeks. I can’t even imagine how stressful that was for my wife and my son,” Frazier continued. “I knew it was stressful on me and I didn’t even know those things were going on, I can just imagine how hard it was for them.”

Even though the TUF experience has been tough, getting a UFC contract will help ease some of those burdens. From the last pick to possibly winning the season it has been an incredible rise to stardom for Frazier. In just a few weeks time, he can make the underdog story and his dreams come true.

“Man, it was eyeopening. It is a once in a lifetime opportunity,” said Frazier. “I just took in as much as I possibly could. I am a completely different fighter, I am a better fighter. Not just skill-wise, but everything, as a person, just a better person in general from being in that house.”