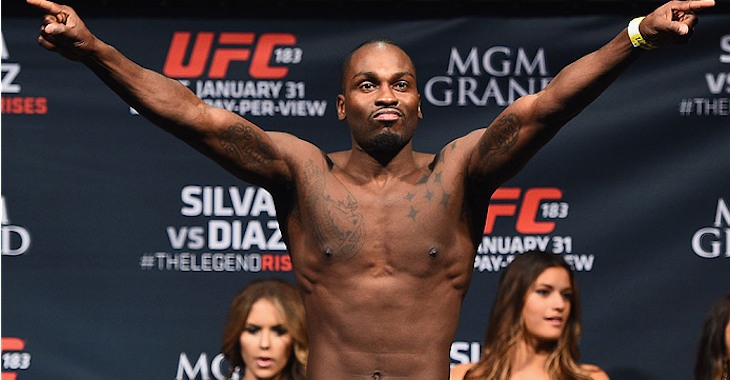 Now, ahead of his scheduled UFC 208 scrap against Anderson Silva this weekend in Brooklyn, Brunson is 100% healthy and ready to move one step closer to a middleweight title shot. With that being said however, Brunson believes a rescheduled fight with Mousasi could be on the horizon. He spoke to BJPenn.com in an exclusive interview to discuss the situation, and how the potential fight would play out, saying:

“A patient me would beat Gegard Mousasi pretty easy, because he couldn’t do anything with me. He wouldn’t be able to take me down, I’m not worried about that, I can take him down whenever I want to, and I’m faster than him, my strikes are clean, I’m not rushed and trying to just head hunt & knock people out, and I have a good cardio and I can grind with the best of them. So for sure, definitely that fight’s going to happen eventually, we’re both around the same age so we’re eventually going to fight someday.”

“I see Gegard doing interviews, Gegard, what really has Gegard done? I mean you say people respect his game, you just saw that fight. I respect him as a fighter, but by any means, I feel like Gegard has this super name value, like he’s super dangerous. Not at all. He got knocked out by Uriah Hall, I finished Uriah Hall. He went back and avenged that loss, but he did it in a way that was best for him. He took him down and trapped his arm, but he cannot do that with me. So, I’m not over infatuated with Gegard Mousasi, he wasn’t very thrilled about fighting me when we had the fight lined up. And I’ve never heard him call me out, he’s just always had a remark about me about me and him, ‘Anderson wouldn’t fight me but he’d fight Derek because of the name value’ something like that. He said I didn’t have a name. A whole bunch of chatter, but I haven’t heard Mousasi pretty much raise his hand and say ‘I want to fight Derek,’ So he’s just running his mouth.” Only time will tell if the pair will meet in the Octagon in the future.