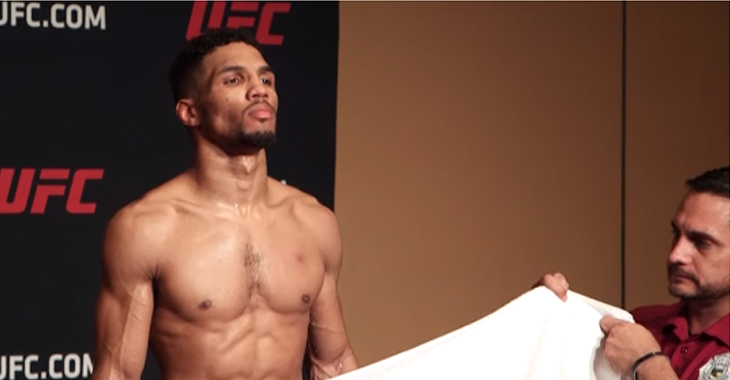 Dustin Poirier can’t be stopped lately. Just yesterday, Dustin Poirier opened up in a candid interview talking about what he sees for his future, his family and more. Saying he was willing to even leave the UFC if it ends up being better for his career. As a top-ten lightweight, of course his eyes are all over the UFC 216’s main event. The interim title fight between Tony Ferguson and Kevin Lee almost didn’t happen, due to a panic-attack inducing weight cut. Don’t worry, the fight is still on, but before he made championship weight Dustin Poirier criticized Kevin Lee for missing it.

I would have made weight.

“I would have made weight. If [Kevin Lee] would have put as much thought into his diet as he does his outfits… Who am I to speak? It’s not like I just whipped the number three ranked guy [Eddie Alvarez] or anything. I would of made it first try. All these tough guys talking sh-t to me on here, you’re right, I did lose to [Conor] McGregor and to [Michael] Johnson. That make you feel better? I’m still gonna’ prove I’m the best one day. At least I have passion in what I do. At least I leave it all out there every time. I push myself everyday to be the best I can. When its all said and done, I’m gonna die on my back not on my knees like you cowards!” — Dustin Poirier from his Twitter account.

Dustin Poirier has had his own bad luck recently. He was the middle of a possible Fight of the Night with Eddie Alvarez – a fight anyone could’ve won – but it was stopped short and tarnished by unintentional illegal knees by Alvarez. If Poirier wins his upcoming fight with Anthony Pettis, he could easily get winner or loser of Eddie Alvarez and Justin Gaethje. Or, who knows, maybe even fight Tony Ferguson or Kevin Lee, depending on what Khabib Nurmagomedov or Conor McGregor ends up doing.