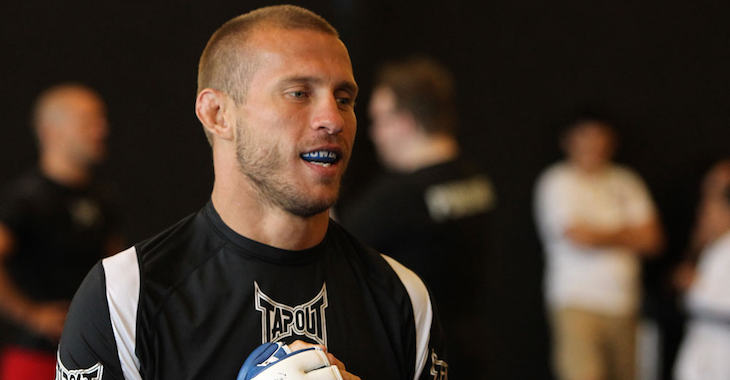 Donald Cerrone looks to be elevating his day in this ‘pre-flight’ pic/post. Cerrone vs Oliveira take place in Pittsburgh PA next Sunday. Cerrone looks to bounce back after his 66 second loss against the champ and has a chance to put the hurt on Alex Oliviera in his next outing.

Will we see Cerrone come back with another mean streak of wins like he’s done in the past. The first time Cerrone lost against dos Anjos he went on a 8 fight win streak. Will Cowboy round up another title shot in the future?