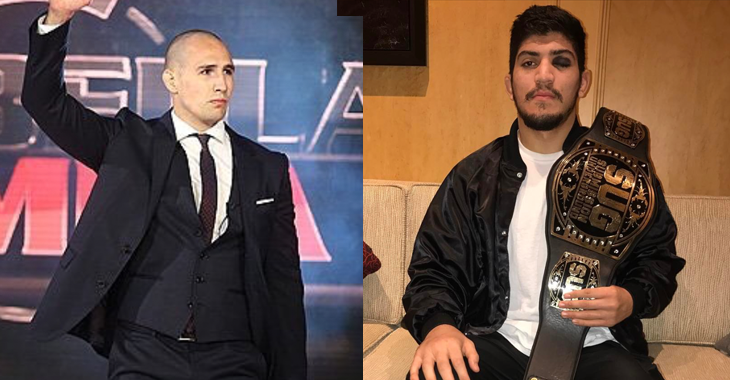 Dillon Danis has been making a lot of noise with being associated with current UFC lightweight champion Conor McGregor.

Danis was brought in to help prepare for McGregor’s UFC 202 rematch against Nate Diaz and also helped train and corner “The Notorious” in his historic lightweight title fight against Eddie Alvarez at UFC 205. Danis, who has called out the entire UFC roster and campaigned for a grappling match against Jon Jones is looking at his options with making his professional MMA debut under the Bellator promotion with a former UFC welterweight title challenger in mind.

“I heard Rory MacDonald was saying some stuff about me so I might have to go slap him up a little bit,” Danis said recently on Submission Radio (transcribed by FloCombat). “I’m thinking about doing that with Bellator, but, you know, I’m keeping my options open.” “That’s what I’m going to do with everyone,” Danis said. “I’m going to try and take them down and submit them. I feel like anybody in the world I can do that. We’ve seen him against Demian Maia taken down over and over again and passed pretty easily so, I mean if I get him down it’s over. That’s how I see that going.”

Danis went on to talk about the offers being given to him by MMA promotions. The Brazilian jiu-jitsu star stated that Bellator is currently leading the way with their offer.

“I mean, I would say so,” Danis said of Bellator looking like his best option at the moment. “There are a lot of them, but I just like the idea of it because of what Rory MacDonald was saying. He said, ‘These jiu-jitsu guys better…’, I don’t know what he said, but I’m going to come there and we are going to see what he says when I’m in there with him.”

While Danis still has goals in sport jiu-jitsu and grappling competitions, the rising star says that when the time and offers are right, he will make his move.

“They are just through negotiations with my manager and stuff,” Danis said. “It’s all just talk right now, but trust me, if I want to do it then I’ll do it. So, right now it’s just all negotiations.