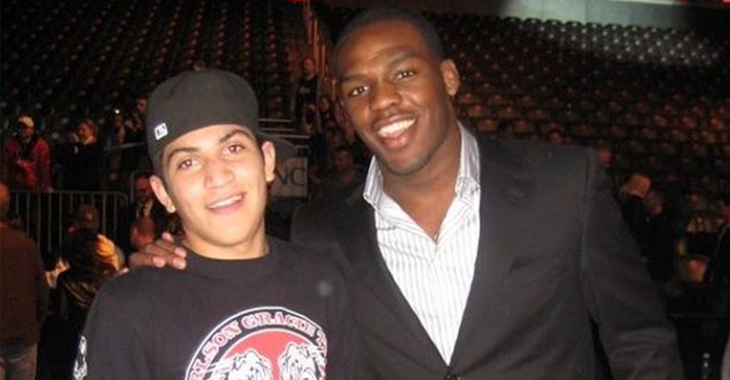 For McGregor’s UFC 202 rematch against Nate Diaz, “The Notorious” brought in Danis to work on his Brazilian jiu-jitsu after being submitted by Diaz in their first bout at UFC 196. Danis, a black belt under Marcelo Garcia has built a strong relationship with McGregor and it surely seems that the character of “The Notorious” is rubbing off on Danis.

With former UFC light heavyweight champion Jon Jones recently competing in the Submission Underground 2 grappling competition against retired legend Dan Henderson, Danis has been campaigning for a match against Jones. The active BJJ competitor posted a Danis vs. Jones image a week ago to social media with the caption saying, “Run Jonathan Dwight 🏃🏾🏃🏾🏃🏾”

Jones reacted to Danis’ callout telling Fight Hub TV that he didn’t have much to gain in the match with Danis being a smaller physical opponent. Jones also said that “not many people know” who Danis is and stated that he felt the BJJ competitor was “being a douchebag.”

Danis, however, is keeping up with his campaign as he posted another dig at Jones on Wednesday of an old photo with the two together.

Danis captioned his post, “That time a nice boy named Jonathan Dwight Jones asked me for a picture.”

That time a nice boy named Jonathan Dwight Jones asked me for a picture.

Dillon Danis most recently took the Pan American No Gi Championships in his black belt weight division and in the absolute division and won his match against Jackson Sousa at Polaris 4.

What are your thoughts on a grappling competition between Jon Jones and Dillon Danis? Does Jones have anything to gain by taking on the smaller Danis who has many accolades in the grappling world but may not be as popular with MMA fans? Give us your thoughts in the comment section on the potential matchup!

This article first appeared on BJPenn.com on January 12, 2017.