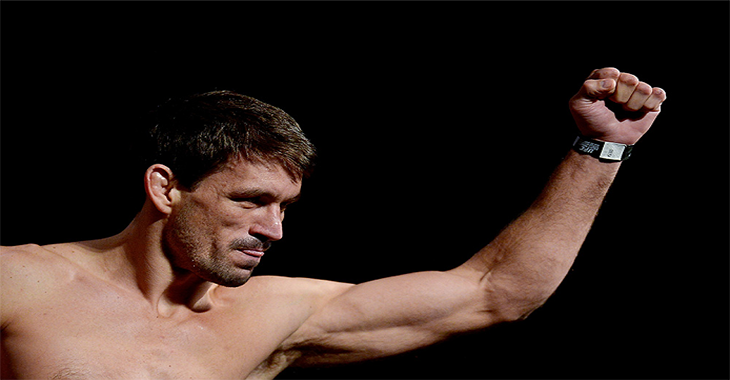 This past weekend at UFC 209, welterweights Tyron ‘The Chosen One’ Woodley and Stephen ‘Wonderboy’ Thompson stepped into the Octagon for a highly anticipated rematch for Woodley’s welterweight title.

With Woodley winning the fight via majority decision and retaining his belt for the 2nd time, many expect Demian Maia to get the next welterweight title shot if Maia manages to defeat Jorge Masvidal on May 13th at UFC 211.

He spoke on The MMA Hour to explain why he believes fans will tune in to watch him fight:

“Everybody says, ‘oh this guy sell fights, this other guy doesn’t sell fights,’” Maia said during Monday’s edition of The MMA Hour (via MMA Fighting). “But the reality is that in the welterweight division nobody sells fights well. Sometimes people push off my shoulders with these things, but in my last fight, I got a submission win, and in previous fights, I’ve had great performances and people want to watch my fights.”

“I’m not saying that their last fight [Woodley vs. Thompson] was bad, but everybody knew it didn’t sell well, it wasn’t so exciting. So it’s not just my problem, it’s all of us together.”

“The UFC needs to promote a little bit more, and welterweight is a division that is hard to sell nowadays and that’s it,” he continued. “I think that people believe in lies and they repeat the lies so many times that the people start to believe, ‘ah, Demian is not fighting for the title because he doesn’t sell.’ And that’s not true, I wouldn’t sell worse than ‘Wonderboy’ Thompson did, I think I could sell better.”