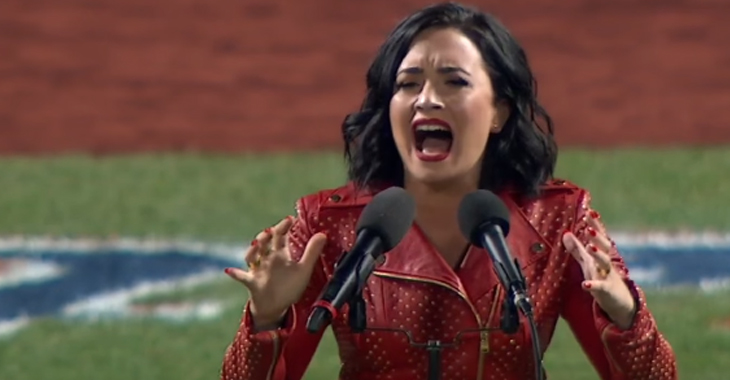 It’s the Tuesday of fight week, but Conor McGregor’s boxing match of the century with Floyd Mayweather just keeps getting larger and larger. The growth truly is exponential. Other UFC fighters are promoting the fight on their respective social media platforms, there are no UFC cards until the boxing match is over, the Nevada State Athletic Commission even threw out their rules, and The Killers recorded a second music video of a song specifically for McGregor vs. Mayweather.  What is it now, you ask? It’s Demi Lovato singing the National Anthem. 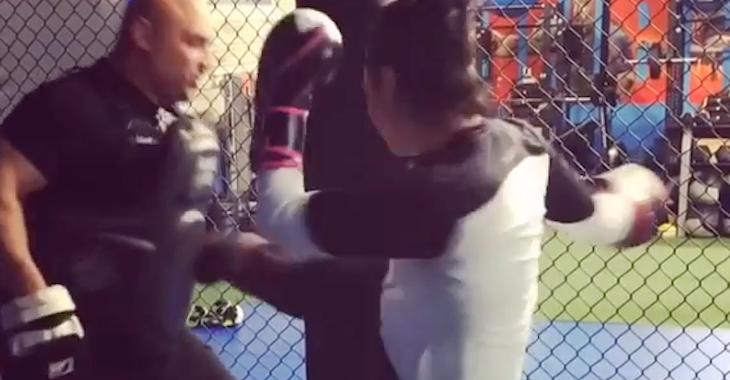 Demi Lovato is no stranger to combat sports. Sure, she’s linked arms at fights with former UFC and Strikeforce middleweight champion Luke Rockhold, but she’s been kicking ass herself for a couple of years now. Of course, walking out to perform at May/Mac is another spectacle altogether. It hearkens back to when Sinead O’Connor sang Conor McGregor out to the Octagon against Chad Mendes. Of course, if you remember, it was supposed to be opposite Jose Aldo walking out to a live performance by Rihanna. It wasn’t quite that big, but now it definitely has reached that peak. Who knows, with the way both sports are going, maybe we see Demi Lovato in the cage or ring for an actual fight. What is that “Catch Me Outside” up to right now?