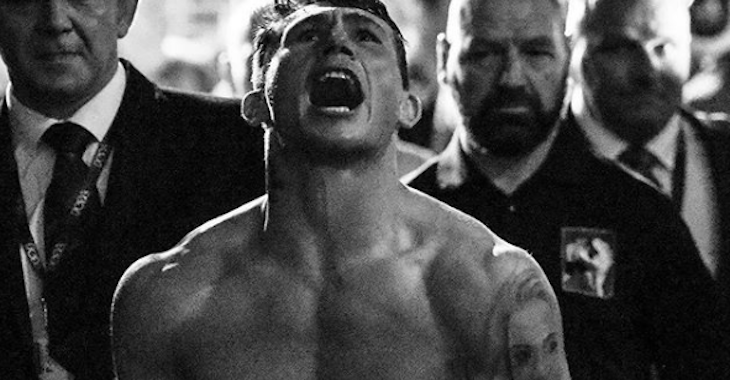 Last Saturday night, in the main event of UFC on Fox 26, former UFC lightweight champion Rafael dos Anjos asserted himself as one of the top contenders at welterweight by taking out former champion Robbie Lawler. While dos Anjos’ performance dazzled most of the MMA community, however, it didn’t do much for rising contender Darren Till. In fact, Till believes he would have dominated the versions of dos Anjos and Lawler that fought on Saturday night.

“He’s good, mate, but, I just don’t see where ‘RDA’ beats me,” TIll said on The MMA Hour (h/t MMAMania). “His striking, he’s got nothing. He is half my size…. Lawler, he’s just fucking taking shots for fun nowadays. I just don’t think those two fights are [difficult] fights for me. If them two were to ever fight me, I think I wold put them straight to sleep in the first round. That’s just me being confident and not cocky. Robbie is an ex-champion and so is Rafael. But, you know, their time has come. They have been around for a long time and it is time for the young ones to step up.”

Till also gave his thoughts on Santiago Ponzinibbio, who defeated Mike Perry by unanimous decision on Saturday’s main card.

“He’s good, mate. He’s a good striker, he’s a brown belt on the ground and he’s got decent wrestling,” he said. “But, it goes back to the style, I’m far superior and far more intelligent. I’m not the strongest or a power puncher, but I’m just too intelligent for them, striking wise. If they manage to take me down, I just bounce right back up and they zap a lot of energy. I’m just a real pain in the ass for someone to fight me, mate.”

How do you think Darren Till will do against the welterweight division’s top fighters?