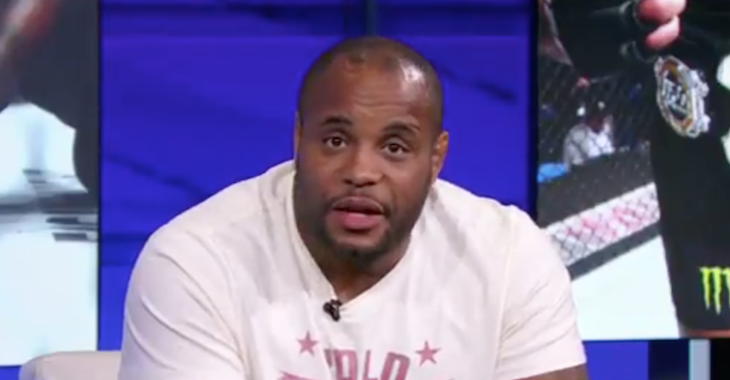 Earlier this month, on the undercard of UFC 216, Cody Stamann and Tom Duquesnoy collided in a clash of bantamweight prospects. Though both fighters possessed identical 15-1 professional records, many felt that the Octagon-side commentary of Daniel Cormier and Joe Rogan leaned a little too far in favor of the highly-hyped Frenchman Duquesnoy.

Stamann, who ended up winning the fight by decision, shared this opinion when he finally had a chance to listen to the fight’s commentary.

“As soon as it came out, I watched it,” Stamann said to MMAFighting.com. “I had my phone hooked up to my Bluetooth, I was with a few people and I was listening to the commentary, and now by the end of the first round I was frustrated enough to want to throw my phone through a wall after what they were saying. They were talking about Duquesnoy, where he trains, and I’m taking him down, hitting him with combinations and they’re not saying anything about that. I felt like Daniel Cormier and Joe Rogan owe me a little bit of an apology.”

“I felt like they were way more biased than they normally would be and I’m really not one to complain about that kind of stuff, but I was like, holy cow. I’ve had probably a hundred different people tell me that exact same thing, they were really loving Tom Duquesnoy for those first two rounds but in the third round they didn’t say his name again. So I guess I’m happy that I won them over, but at the same time that’s not their job to be that biased.”

Luckily, Stamann has now received his desired apology from Cormier.

That wasn’t necessary but appreciated. Big fan of yours. Pretty cool to hear you guys call my fight.

It’s all good my man I respect ur gripe. U fought a tremendous fight. And got better as fight went on. Ur a stud!!! https://t.co/eQXHB5KZEr

What did you think of Daniel Cormier and Joe Rogan’s commentary at UFC 216?