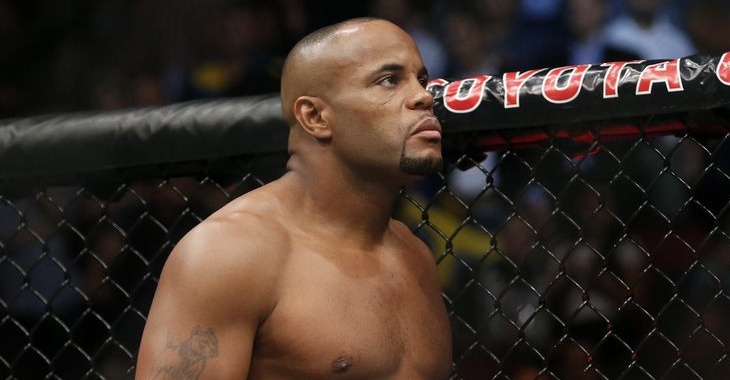 The current Light Heavyweight king has gone by one name since May of 2015 and that name is Daniel Cormier. Since he defeated Anthony “Rumble” Johnson at UFC 187 to become the champion, Cormier has won three fights accompanied by one no contest. That no contest coming in his last outing when he took on bitter rival Jon Jones in a highly anticipated rematch that headlined UFC 214. The fight’s initial result was a third-round knockout loss for the champion, Cormier. But not too soon after the night of the event, Jones was busted for steroids and the result was overturned.

After a recent interview with FloCombat, Cormier opened up a bit more about his feelings on the fight among other things.

“I do [consider it a loss]. I just feel like I was in the fight. It sucks to lose. I can’t erase that memory. I can’t expect people to erase that memory. So I’m just truthful with myself. I understand a lot of people want to tell me that I didn’t get a fair shake. ‘You didn’t get a fair shake D.C.’ but I am who I am and that’s why I am who I am today.

When he left the first time, I was okay with Jon Jones being gone but people kept talking to me about him. That was the only time I really spoke of him but now I’ve got to let that go,” Cormier explained. If by some way he gets back before I’m done, great, we’ll fight again. But if not, I’m OK with the way that everything went down.”

Cormier’s next title defense will come at UFC 220 on January 20 when he defends his title against the hard-hitting man from Switzerland, Volkan “No Time” Oezdemir. UFC 220 also features the massive Heavyweight title fight between the champion, Stipe Miocic and Franci Ngannou.

“I’ve got to worry about Volkan Oezdemir,” Cormier said. “That’s my goal and my obsession right now. It’s Volkan Oezdemir. I do obsess over these guys I’ve got to fight because I need to. I need to make sure that I’m doing everything in my power to fight and beat these guys. I’ve had to put Jones out of my mind just like I did before.”