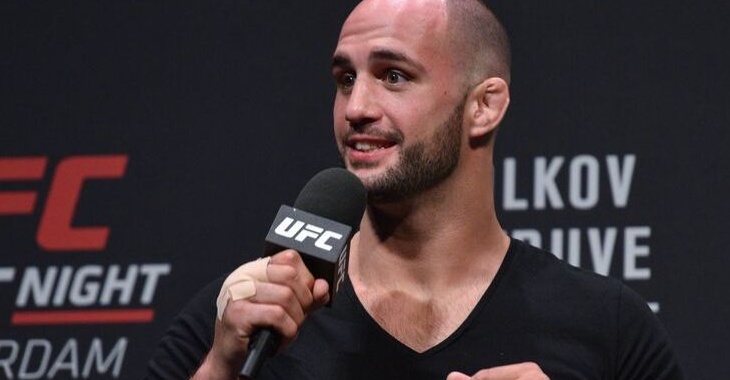 The UFC’s biggest star from Switzerland, Volkan Oezdemir burst onto the scene at 205 lbs this year when he quickly defeated the likes of Ovince Saint Preux, Misha Cirkunov, and Jimi Manuwa to earn himself a title shot next month. Unfortunately for Oezdemir, he’s in a bit of some trouble as of late in regards to a battery charge that he was arrested for on November 19. According to  Oezdemir’s attorney, Bruce A. Zimet, the Coconut Creek, Florida resident, Oezdemir was not the incident’s aggressor and therefore his actions were justifiable. Oezdemir, a Switzerland native, surrendered his passport to the court temporarily and he plead not guilty on November 29.

The details of the incident are that of such: Oezdemir inflicted injury/harm or disability, which is a second-degree felony. Since then this has been reduced down to felony battery inflicting great injury/harm, a third-degree felony. Accusations towards Oezdemir are that of him striking and knocking out a Fort Lauderdale bargoer(male) outside the bar in August.

Kevin Cohen is the man accusing Oezdemir of attacking him outside of a bar on August 12. Cohen spoke with the Fort Lauderdale police and said that he was unconscious for fourteen minutes and taken to a hospital, where he was treated for concussion symptoms and received several staples for the wounds he suffered. Cohen stated that he exited the bar, Capone’s, after he had heard that someone punched his friend and knocked him out. When he asked who it was that hit his friend, Cohen says that Oezdemir punched him.

According to public records, Florida is now continuing the case and Oezdemir has an arraignment scheduled in Broward County Seventeenth Judicial Circuit Court with judge Barbara R. Duffy presiding January 9 at 9:00 AM.

This is just under two weeks that Oezdemir is also scheduled to compete against Daniel Cormier for the UFC Light Heavyweight title at UFC 220.

Oezdemir’s comments on the situation:

“I have a really good team around me. Believe me, everything is going to be all right. I don’t really know about all the details, how it’s going to happen. But definitely, I’m going to fight and I’m going to be champion.”